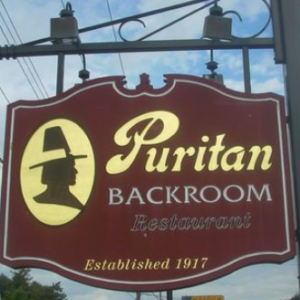 The New Hampshire Republican Party has formally requested information from Manchester officials regarding the city’s handling of a deadly norovirus outbreak at a restaurant co-owned by Democratic Congressman Chris Pappas. The outbreak occurred the Sunday before Thanksgiving at the Puritan Backroom restaurant, leaving 18 people sick and one dead.  But the location and details of the outbreak weren’t made public until reported by New Hampshire Journal in late December.

In a letter to Manchester’s Democratic Mayor Joyce Craig and other city officials, NHGOP Chairman Steve Stepanek notes the problematic timeline and asks for clarification about what these officials knew and when they knew it.

“Upon further inquiry from the media, it was found that the Puritan hadn’t had a health inspection since February – more than the six-month requirement between mandatory health inspections,” Stepanek wrote. “Even more alarming is that the Puritan Backroom Restaurant went unnamed while a deadly virus had spread at their facility which could have led to further spreading of the virus to the hundreds of patrons that visit the Puritan daily.

“The fact that the Puritan is owned by Congressman Pappas’ family does not go unnoticed,” Stepanek added.

Philip J. Alexakos of the Manchester Health Department confirmed to NHJournal that the city had received the NHGOP’s request for information. “With regard to the details of the request (we just received it) we will be working to respond,” Alexakos said. Mayor Joyce’s office declined repeated requests for comment.

The NHGOP is requesting a public disclosure of how the information about the norovirus outbreak was handled by the city and what Democratic officials like Mayor Craig new about it.

“The New Hampshire Republican Party would like to know what steps the Manchester Health Department, under your leadership, took to correct the problems at Congressman Pappas’ restaurant.

“Why has the Puritan Backroom Restaurant been held to different safety standards compared to other restaurants in Manchester? Why is it that the name of the Restaurant was held back, was it done to shield the Puritan from public scrutiny?

“Does the political support that the Puritan has offered you and your party get rewarded in silence from the city of Manchester?”

“The people of Manchester deserve answers when their government fails them and puts them at risk,” Stepanek concludes in the letter. “The city of Manchester has inexcusably failed the people of the Queen City.”

Restaurant co-owner Rep. Chris Pappas refuses to comment on the death linked to his family’s restaurant. His spokesperson, Collin Gately, pushed the responsibility onto Pappas’s family members. “[Rep. Pappas] stepped back from the day-to-day operation of the Puritan Backroom after taking office and the management team at the restaurant dealt with local and state health officials,” Gately said.