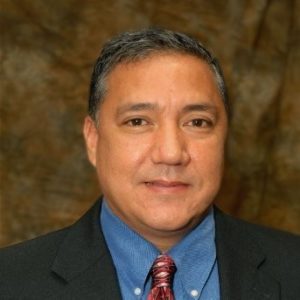 New Hampshire’s GOP National Committeeman Chris Ager has asked Gov. Chris Sununu to end the shutdown of state businesses that began March 16, reminding him that “the future of the Granite State relies on our collective success.”

In a letter to Sununu obtained by NHJournal, Ager — writing in his capacity as Hillsborough County Republican Committee chairman and on official HCRC letterhead — urges Sununu “to re-open all aspects of our New Hampshire society and business, limiting activity on a rare exception basis only.”

We cannot live in fear. That’s not the Live Free or Die way,” Ager wrote.

“The collateral damage from the ‘stay at home’ executive orders ranges from untreated physical and mental concerns, to devastation of small businesses and the American dream of individual owners, to a perceived assault on religious liberty, to a movement for mail in voting which could destroy the integrity of our elections,” according to Ager.

“We look forward to supporting your decisions to keep New Hampshire a shining example of how to do things right and pray for continued wisdom as you navigate through these difficult times.”

Pressure on Sununu to relax restrictions that have put 200,000 Granite Staters out of work has increased since his public support for large crowds at political protests across the state. Last week Sununu told NHJournal he supports violations of his stay-at-home order for groups that have “an important message.”

Multiple letters from NHGOP leaders are circulating among Republican legislators and county activists, NHJournal has learned, all with the fundamental message that Sununu’s strategy is devastating the small businesses that are an integral part of the party’s base.

Granite State business owners have been pleading with Sununu to follow the examples of other states and allow more people to return to work, particularly given data showing states who’ve been reopened for more than a month have comparable — or better — results fighting the COVID-19 pandemic.

“I don’t support it but, more disturbing is the fact that I don’t understand it,” former GOP state representative Bill O’Connor told NHJournal of Sununu’s policy. “We could deal with the shutdown for a short time, but now? It’s just killing businesses out here. I’m baffled by it.”

Former GOP Speaker of the House Bill O’Brien told NHJournal that most Granite Staters accepted the original rationale behind the emergency orders. “Flattening the curve made sense. We can’t have our hospitals overrun. But that goal has been met, and now the time has come to open up the economy.”

Asked what his message for Sununu would be, O’Brien said: “Governing is about making choices, not just listening to one set of experts. You have to assess advice from across the spectrum and then lead. Avoiding criticism isn’t enough.”

Her message for Sununu?  “Look at downtown Dover. We’re losing these businesses. We’re trying to help by volunteering and buying gift certificates, but it’s not enough.”

“Governor, I urge you, personally, to the greatest degree to please loosen the restrictions and let our small businesses thrive at least to the same degree as Home Depot and Walmart,” Woods added.

Woods says she’s invited Ager to speak to her entire committee via Zoom this Saturday and talk about his message.

“I’m on the phone with Republicans all the time and I’m confident our members overwhelmingly support his sentiment.”