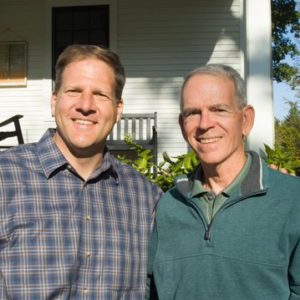 “I knew this was going to be a different kind of election when Naomi Andrews opened up a campaign office in Epping. For a statehouse race. Nobody does that,” Republican Michael Vose told NHJournal after his win in Tuesday’s special election. “And then when she had [former HUD Secretary and 2020 presidential candidate] Julian Castro at the opening, that’s when I went, ‘wow.’ She’s definitely rolling out the big artillery.”

Vose, a former state rep who was unseated in the 2018 #BlueWave that washed over New Hampshire, was always the favorite to win in the solidly-Republican district (Epping backed Donald Trump 2,117 to 1,625) but Democrats made a serious run. Andrews ran for Congress just last year in the Democratic primary and previously served as chief of staff for now-retired Rep. Carol Shea-Porter. So she had an unusually high level of name ID going in.

Andrews also had campaign help from high-profile Democrats like Pete Buttigieg, who went door-knocking with her in the district.  And she definitely had the financial advantage. Some estimates put Democrats’ spending on the race at around $20,000.

“They just spent so much money, most of it on media,” Vose said. “They bought so much more media than we did, Google and Facebook ads by the hundreds of thousands. That makes lots of impressions. But fortunately, those impressions didn’t last.”

Vose gave credit to a “boots on the ground” strategy that made up for the Democrats’ financial and high-profile political advantages. “I was door-knocking almost every day, the state party was out every weekend door-knocking, and the Trump campaign was out, too.  Gov. Sununu campaigned with me at the High Note Festival here in Epping. He’s a great campaigner, people really like him.”

In fact, Sununu showed up at the polls on Tuesday to shake hands and encourage voters to support Vose. Apparently, it paid off.

“Michael ran a true New Hampshire campaign, focused on connecting with voters one-by-one,” Sununu said in a congratulatory tweet. “Epping will be well-represented in the New Hampshire House of Representatives!”

When asked about the Trump factor, Vose said it really wasn’t there. “My answer to the Trump question is that I don’t get into personalities, but I support most of the Trump administration policies. But other than reporters, nobody asked. It did seem like if people liked my message, they tended to like Trump.”

Not surprising given the president has an 80+ percent approval rating among New Hampshire Republicans.

Democrats dismissed the win as meaningless given the partisan make-up of the district. “This is a typically Republican districts, and that Naomi Andrews came within just a few votes of winning shows just how strong the Democratic message is in red areas across the state,” NH Democratic Party chair Ray Buckley said in a statement.

GOP strategist Dave Carney, on the other hand, tells NHJournal that this outcome is “a pretty big freakin’ deal politically.”

“It shows general election-style voters haven’t consumed the Kool-Aid, and that voters are engaged. Plus, it’s a great sign that Gov. Sununu has coattails.”

For his part, representative-elect Vose is just ready to get back to work in Concord. “I feel like I’ve got some experience and expertise that can help make people’s lives better. I’d like to keep doing that as long as the voters will let me.”