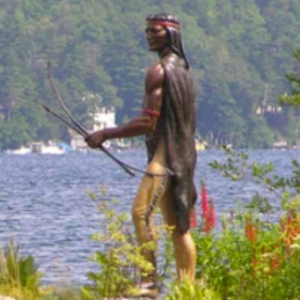 Democrats began their legislative takeover with a largely-symbolic vote to ban firearms from the House chamber, an issue that generated political heat but, supporters and opponents acknowledged, has had virtually no impact on how the House conducts business.

Democrats have also filed multiple bills expanding the legal use of marijuana.  And the new Democratic Speaker of the House, Steve Shurtleff, has declared that total pot legalization “is going to pass” in New Hampshire, despite pledges of a veto from GOP Gov. Chris Sununu.

There are at least two bills to ban plastic shopping bags and/or drinking straws, both being pushed by Democrats.

And on Wednesday, Democrats held hearings on a bill to remove Columbus Day from from the state’s official calendar and replace it with Indigenous People’s Day.  Similar bills have repeatedly failed in the past. In fact, Rep. Wayne Burton (D-Durham) the sponsor of the bill, admitted the chances it will pass are “not particularly good.”

So if it’s not going to pass, why bring it up? And so early in the session, with so much media coverage? Do Democrats really want to define themselves as the party of gun bans, pot and Indigenous People’s Day?   There are more than 100,000 Italian-Americans in New Hampshire. Do Democrats think they support getting rid of Columbus Day in the name of political correctness?

GOP House Leader Rep. Dick Hinch told NHJournal: “This same proposal came before the legislature last year and was sent to interim study, and out of that study came a recommendation that the bill not be refiled in the future. In my mind, that ship has sailed.”

“I think it’s crazy,” State Senator Lou D’ Allesandro (D-Manchester) told NHJournal when this issue came up during the 2018 gubernatorial debate (Molly Kelly was a “yes.”) “They can have an ‘Indigenous People’s Day’ some other day. We’ve had Columbus Day a long, long time, and we see it as a day honoring Italian-Americans and our culture. Trying to get rid of Columbus Day is an affront to Italian-Americans everywhere,” D’Allesandro said.

But D’Allesandro, a third-degree Knight of Columbus and moderate Democrat, isn’t the target audience for this message.  Young, progressive voters who back Bernie Sanders, Beto O’Rourke and Elizabeth Warren are.

When Somerville, MA (and progressive Democrat) Joe Curtatone dumped Columbus Day last October, he used language that resonated with these voters, calling it an “issue a lot like the Confederate flag.”

“Columbus Day is a relic of an outdated and oversimplified version of history,” the mayor wrote  at the time.  “This issue is a lot like the Confederate flag for southerners. As an Italian-American it feels good that there is an official holiday that is nominally about us.  Yet the specifics of this holiday run so deep into human suffering that we need to shift our pride elsewhere.”

That’s the sort of language some voters– blue-collar, Italian, Catholic–might find off-putting. Then again, attacking the Knights of Columbus as an extremist, anti-woman organization isn’t going to appeal to those voters, either. And yet that’s exactly what Sen. Kamala Harris did just a few weeks before announcing her POTUS bid.  She thinks she knows which voters are going to carry the day in the Democratic primary, and it’s not the ones baking cookies for the Columbus Day celebration at St Marie’s in Manchester.