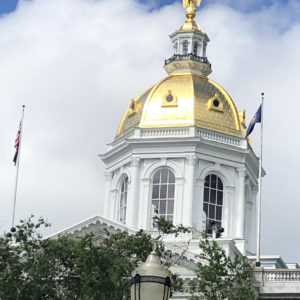 NHDems Have Fundraising Advantage, But NHGOP Says They Have The Momentum

According to reporting by WMUR’s John DiStaso, the NHGOP’s filings with the secretary of state Wednesday show it raised $121,219 in its state account since last November’s election, with $87,105 in cash on hand — both records, said state party Executive Director Joe Sweeney.

Record or not, those numbers pale in comparison with the New Hampshire Democratic Party, which reported raising $210,408 since the Nov. 3, 2020 election and has $279,299 on hand in its state account, DiStaso reports.

Granite State Democrats have long outperformed the NHGOP in fundraising, though that cash advantage didn’t stop them from losing both houses of the legislature last year — the only state to do so in 2o2o. Nor have they been able to unseat popular incumbent Republican Gov. Chris Sununu.

Meanwhile, Republican state Senate sources point to their committee’s fundraising success. They’re reporting total receipts of $94,420.61 compared to $48,789.77 for the Senate Democratic committee. And more than $16,000 of that money came from the campaign funds of Democratic Senate candidates, most likely reimbursements. Which means their committee actually raised just over $32,000.

That’s about a third of the $92,435.88 in expenditures for the Democrats’ committee.

Meanwhile, the Senate GOP committee has more cash on hand than the Democrats ($62,323.24 to $46,377.55) and received donations from more than 500 donors. The Senate Democrats’ committee had just 93 donors, reports show.

It’s not exactly an apples-to-apples comparison, as the state Democratic Party is more centralized than the NHGOP and more money goes through the state organization, while the GOP relies more on the individual committees.

However, it’s also a reminder of the fundraising prowess of Senate President Chuck Morse (R-Salem), widely rumored to be considering a run for governor should Sununu choose to challenge U.S. Sen. Maggie Hassan next year.

“The New Hampshire Republican Party is well-positioned to expand our House and Senate majorities in 2022 while defending our 4-1 Executive Council majority and retaining the corner (governor’s) office,” NHGOP Chairman Stephen Stepanek said in a statement.