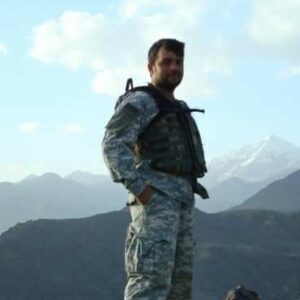 Fraidoon Akhtari has been trying for weeks to get his mother, father, brother and sister out of Afghanistan, and now that the last U.S. military transport has departed Kabul, the prospects look more bleak than ever.

“The last time I talked to my family was four days ago. I tried calling (on Sunday), but their phones were not working,” Akhtari said.

Unfortunately, Biden’s determination to abandon Afghanistan by the self-imposed August 31 deadline was so strong, even American citizens were left behind. Despite the Pentagon’s announcement Monday that the evacuation operation was complete, Akhtari hopes he can still find a way to get his family to safety.

He went through all the officials channels, and filled out all of the paperwork to get his family out of the country, only to watch from afar as his family was unable to even get to Hamid Karzai International Airport. With thousands of desperate Afghans circling the airport, only people who were picked by the U.S. government had a chance to get through, he said. His family never got that call.

“They didn’t get to their airport … it was worthless to try going to the airport,” he said.

Akhtari has been in the United State since 2017, after serving more than 13 years as an interpreter for American troops. One of his last assignments was with the 82nd Airborne, where he met Hillsborough, N.H.’s Ben Hartford. Hartford has been doing what he can to help his former interpreter, whose family is living in fear.

“They’ve been visited twice by the Taliban and the family fears they won’t survive a third visit,” Hartford said.

Akhtari is sick over what he sees happening to his country.

“Everything Afghanistan had is gone,” he said. “They build it for 20 years, and it’s all gone.”

Despite the Taliban claiming it will respect human rights as it takes control, Akhtari believes the fundamentalist terror group is the same as they’ve always been.

“My family and a lot of people will die as soon as troops leave the airport,” he said.

Akhtari doesn’t blame the American troops for the calamity befalling his country. He said the Americans sacrificed for 20 years, as did many of the Afghan soldiers who lost their lives fighting against the extremist Islamic Taliban.

“It’s not the fault of my army, they sacrificed,” he said. According to the Associated Press, 66,000 members of the Afghan national military and police have died in combat against the Taliban and other forces.

Akhtari instead blames the politicians who made the peace deal that allowed the Taliban to gain control, especially Afghani President Asraf Ghani, who fled the county as the Taliban was closing. He also blamed United States envoy Zalmay Khalilzad, who brokered the peace deal last year, agreeing to release 5,000 Taliban fighters from prison as part of the deal.

“That was their biggest mistake when they released the Taliban from jail. They should be kept the in a cage forever,” he said.

Already, Akhtari said, the Taliban has been cracking down on Afghans, prohibiting western-style clothing and music, and even banning public weddings.