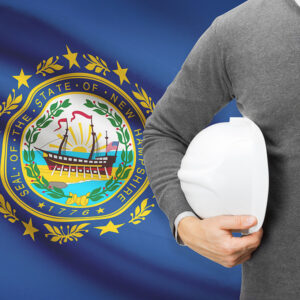 If James Carville is right about what motivates voters — “It’s the economy, stupid!” — Gov. Chris Sununu and Republican legislators are in pretty good shape as Labor Day approaches.

The U.S. Bureau of Labor Statistics released the unemployment numbers for July on Friday and, once again, New Hampshire had a jobless rate of just 2.0 percent. It was the lowest of all six New England states and tied with Nebraska as the second-lowest in the nation.

“New Hampshire had the fastest growing economy in the nation last quarter, and thanks to smart policies, our unemployment rate is second lowest in the nation,” Sununu said. “None of this would be possible without our tremendous workforce, who help make New Hampshire the best state to live, work, and raise a family.”

The 2.0 matches the Granite State’s jobless number for June.

With those economic tailwinds, it may not be a surprise the latest St. Anselm College Survey Center poll found Sununu had a 60 percent approval rating. He was leading his Democratic challenger, state Sen. Tom Sherman (D-Rye), 48-to-29 percent in head-to-head polling.

Still, the Republican governor is below 50 percent, and the national economic news and mood of the nation could hurt incumbents across the board. For his part, Sherman has largely ignored the overall economy and jobs issues, focusing instead on more hot-button issues like abortion and climate change.

“Chris Sununu promised he wouldn’t restrict abortion rights during his 2020 election and then months later signed the state’s first abortion ban into law,” said Sherman campaign spokesperson Kelly Roberts said a statement. “The Saint Anselm polling shows the basic question in this election — if Granite Staters can no longer trust Sununu to keep the government out of their healthcare, why should they trust him to address the soaring property taxes and electricity prices his years of inaction caused?”