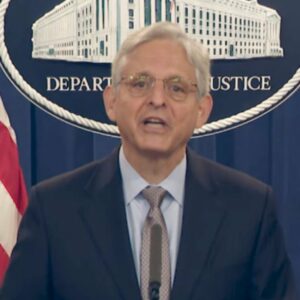 The New Hampshire School Board Association is distancing itself from the national organization’s efforts to label protesting parents as potential “domestic terrorists.”

The controversy began when the National School Board Association sent a letter to the Department of Justice suggesting that recent parent protests against race-based Critical Race Theory curricula and school masks mandates could be classified as “the equivalent to a form of domestic terrorism and hate crimes.”

“NSBA requests that such review examine appropriate enforceable actions against these crimes and acts of violence under the Gun-Free School Zones Act [and] the PATRIOT Act,” NSBA President Viola Garcia, and Interim Executive Director & CEO Chip Slaven wrote in their letter.

In response, the Biden administration — which has already allowed the teachers’ unions to help set COVID-19 policy — announced plans to have the DOJ investigate alleged threats made against school board members and school employees across the country.

“Threats against public servants are not only illegal, they run counter to our nation’s core values,” Garland said in a statement. “Those who dedicate their time and energy to ensuring that our children receive a proper education in a safe environment deserve to be able to do their work without fear for their safety.”

Garland’s plan includes potential FBI intervention and DOJ staff meetings with local law enforcement in all 50 states, as well as the creation of a task force to deal with school threats.

When contacted by NHJournal, the New Hampshire School Board Association distanced itself from the national organization’s efforts.

“The NHSBA was not consulted before the letter/press release was sent by the National School Boards Association to President Biden regarding disruptions at school board meetings. NHSBA was not consulted, was not asked to opine, and was not asked to provide input,” an unsigned statement reads. “To be clear, as a component of good governance, NHSBA has always encouraged local school boards to accept and welcome civil input and comments from all stakeholders.”

Some New Hampshire school board meetings have seen parents upset over mask mandates or remote learning options voice their displeasure, though there have not been reports of violence. The New Hampshire Attorney General’s Office did not respond to a request for comment.

A few New Hampshire school board meetings have seen spectacles and massive protests with activists like Frank Negus Staples, and hate groups like The Proud Boys and NSC-131. Staples, a frequent presence at the Manchester and Nashua board of education meetings, is the anti-mask and anti-vaccine protester who led the disruption that shut down last week’s Executive Council meeting. Staples shouted veiled threats causing Department of Health and Human Services employees to feel unsafe. The New Hampshire Attorney General’s Office is investigating the actions at the Executive Council meeting.

Deb Howe, president of the New Hampshire branch of the  American Teachers Federation, said the Executive Council incident shows why the DOJ investigations are necessary.

“It’s fine to voice different opinions. But threats and intimidation cross the line. It is incumbent upon all of us to act civilly towards each other and until we can get back to that place we are glad that the DOJ will work with us,” Howe said in a statement.

Meg Tuttle, president of the New Hampshire branch of the National Education Association, is unavailable for comment this week. NEA NH did not respond to a request for comment.

Nashua Board of Education President Heather Raymond is not thrilled about the idea of DOJ investigations. Like the NHSBA, she would rather see people have the ability to civilly speak their minds instead of getting the police involved.

“I don’t want to get to the point of removing people with law enforcement,” Raymond said. “Our parents and community members who truly believe masking is dangerous, I cannot fault people who stand up for children even if I disagree.”

One Nashua board meeting this summer played out like a protest bazaar: In addition to the aforementioned Staples, there were right-wing NSC-131 members in the parking lot; Black Lives Matter advocates out front; #StopTheSteal protesters complaining about the 2020 election; anti-transgender rights protests; and more than a few adherents of the QAnon conspiracy theory.

Raymond said Nashua’s Police Department has been doing a great job keeping board members safe and allowing for the meetings to be conducted without major disruptions. They have been a presence even as angry protestors have started confronting board members in the parking lot.

Alicia Houston, a Nashua parent upset with mask mandates and who is running for a seat on the board, said there needs to be a balance so that parents who disagree with the board feel safe to speak out. Asked if she thinks the possibility of the DOJ investigating threats is a good idea, she answered “Yes and no.”

“Yes, if people cross the line and members of boards feel physically unsafe from threats or harassment publicly. No, if there is simply impassioned parents speaking loudly for the best interest of their child/children,” Houston said in an email.