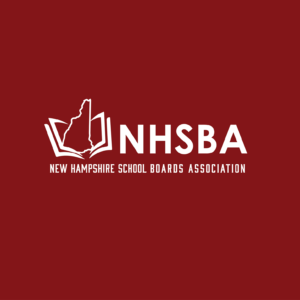 The Granite State’s school board association is bailing on the national organization, announcing Thursday it’s withdrawing its members in the wake of the group’s efforts to have protesting parents treated like “domestic terrorists.”

“This email is to inform you that NHSBA [the New Hampshire School Board Association] has decided to withdraw its membership from the National School Boards Association, effective immediately,” wrote NHSBA Executive Director Barrett Christina. “NSBA’s recent actions have made our continued membership untenable.

The only notable actions by the NSBA have been its cooperation with the White House — cooperation it kept secret — in producing a letter to the Department of Justice suggesting angry parents trying to change school policies like Critical Race Theory or mask mandates were dangerous. The organization even invoked the PATRIOT Act.

In response to their letter, Attorney General Merrick Garland directed federal, state, and local law enforcement to address what he called a “disturbing spike” in harassment against public school board members and teachers — a claim parent activist groups dispute.

“The National School Boards Association already sent out a letter apologizing for their letter to Biden suggesting some parents should be considered domestic terrorists,” Corey Deangelis of the American Federation for Children told NHJournal. “At this point, the only meaningful way for a state-based association to distance from the NSBA would be to discontinue membership. New Hampshire is now the 5th state with a school board association to formally cut ties with NSBA over their controversial letter to Biden. I expect more states will follow their lead.”

Which raises a question for Lindsey Burke, director of the Center for Education Policy: “How many states (currently 5) will it take withdrawing from the NSBA before Merrick Garland/DOJ retracts the memorandum issued in response to the now-infamous NSBA letter?”

Garland was unapologetic in testimony before the U.S. Senate this week, acknowledging the NSBA’s letter sparked his call for increased coordination between his federal agents and local cops while insisting the additional scrutiny was needed even if the original letter had been repudiated.

His answer didn’t sit well with many Republicans on the Judiciary Committee.

“Thank God you’re not on the Supreme Court,” Sen. Tom Cotton told Garland. “You should resign in disgrace.”

Back in New Hampshire, the local school board group isn’t waiting for the next shoe to fall.

“NHSBA is finalizing its formal letter to the National School Boards Association relative to our withdrawal. We will share that letter with membership as soon as possible.”