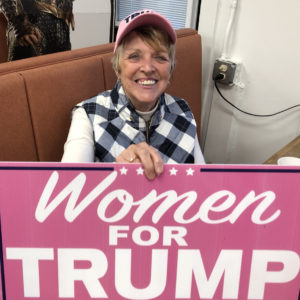 NH Republicans Are Pumped Up For Trump

The pumped-up crowd of Republicans at Ryan’s Place in Epping, NH Tuesday night had no doubt: Trump is going to get re-elected. “And it’s not gonna be close,” one MAGA-hat wearing attendee told NHJournal.

The Epping event was just one of a dozen or so organized by the Trump 2020 campaign and the NHGOP.   While the polls at both the state and national level don’t look promising, Granite State GOPers support the president and believe he will pull off yet another shocking upset. Why?

“Because everyone else who’s running is useless,” says state Rep. Al Baldasaro. “The unsung silent majority won’t tell it to pollsters, but they support Trump.”

Nearly everyone at the watch party was wearing some sort of Trump gear. Robert Hodgman of Epping wore a shirt with a message for Trump haters that he believes resonates among his fellow Republicans. It read:

“I lived through Obama. You’ll live through Trump.”

The crowd was clearly in a feisty mood, laughing along with the crowd in Orlando at Trump’s one-liners, and breaking out into chants of “U-S-A! U-S-A!”  When the president asked (rhetorically) “Can you imagine what they’d do if the radical Democrats were in charge,” one woman in the diner blurts out “Oh Lord, no!” 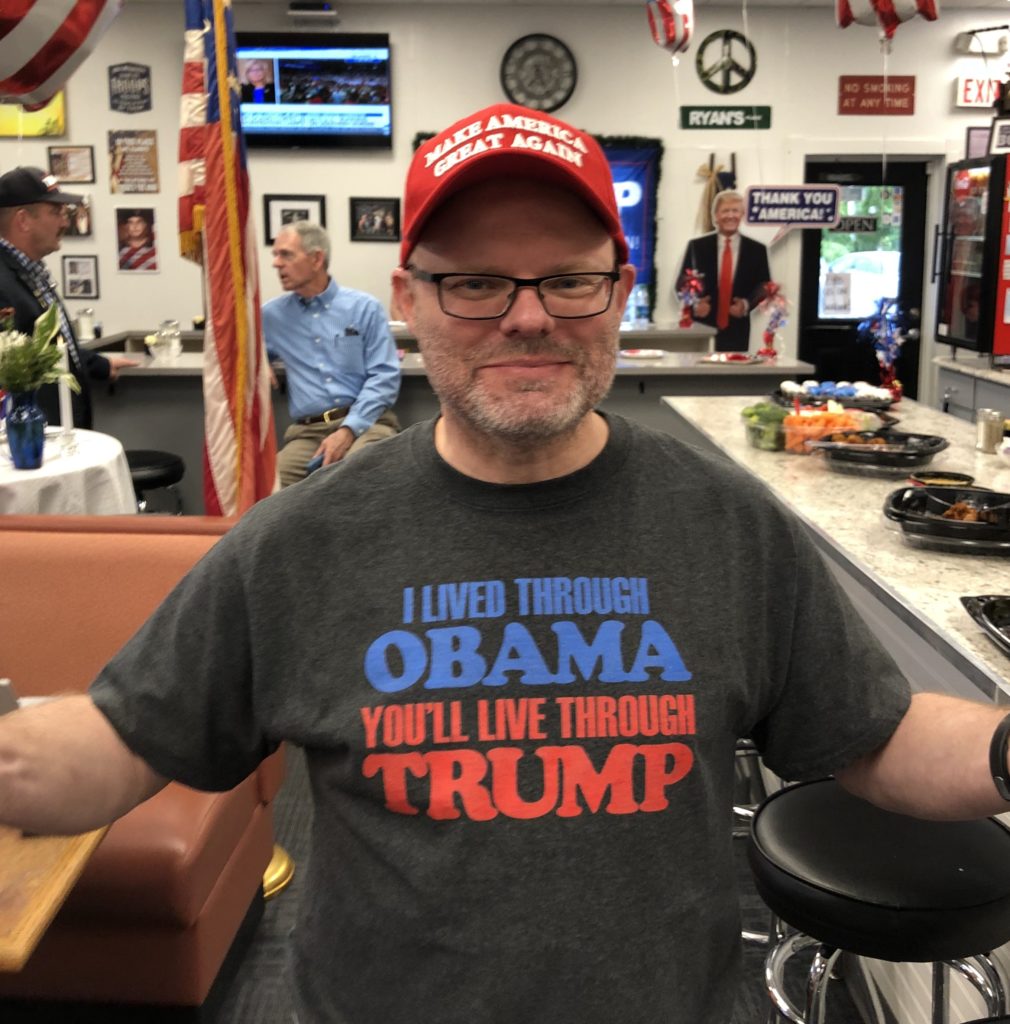 The folks at the diner clearly like Trump and feel a personal connection to him. The Trump strategy in New Hampshire is based on the premise that there are thousands of people like them across the state who are not politically active: blue-collar, non-college-educated, low-motivation voters who the Trump Team believes will turn out in 2020 if the campaign can make the GOTV connection.

“We feel great about New Hampshire. The campaign can see a real path to victory,” The RNC’s Nina McLaughlin told NHJournal at the event. “By starting now, we’re building the structure [of volunteers] we need for that victory.”

McLaughlin was echoing the message from Trump’s national campaign manager Brad Parscale, who said in an interview Tuesday night that, if the election were held now, New Hampshire would be one of the Hillary states that Trump would turn red.

“I think we add New Hampshire, we add New Mexico, and we add Nevada if it was today,” Parscale said.

NH state Democratic Party chairman Ray Buckley disagrees.  “Over my dead body will it happen. No way,” he said via Twitter.

For the moment, the polls favor the Democrats. New Hampshire has one of the lowest unemployment rates in the U.S. and one of the highest median household incomes, and yet New Hampshire voters say they are ready for a change in the White House. The latest Morning Consult poll finds Trump underwater at 39 percent approve, 58 percent disapprove–his worst performance in a swing state.

Those numbers just rolled off the backs of Trump supporters on Tuesday, who were in universal agreement that the polls were wrong in 2016 and they will be wrong again. Trump, who narrowly lost New Hampshire against Hillary Clinton, is going to get support from the state’s working class.  They won’t turn out for a midterm (as evidenced by the NHGOP’s pounding last year) but they’ll vote for the Trump.

And why wouldn’t they? asks NH state Rep. Scott Wallace. “Trump’s keeping the promises that he made. He’s getting good results. He’s fighting against the partisan paralysis.”

Like McLaughlin, Wallace also mentions the opioid issue which they believe has real resonance here in New Hampshire.  “Trump and Gov. Sununu have been collaborating in tackling the opioid crisis — there’s been grant money, the governor’s new ‘hub and spoke’ program. Gov. Sununu has been a powerful advocate and President Trump has made it clear he’s going to battle this epidemic,” McLaughlin said. 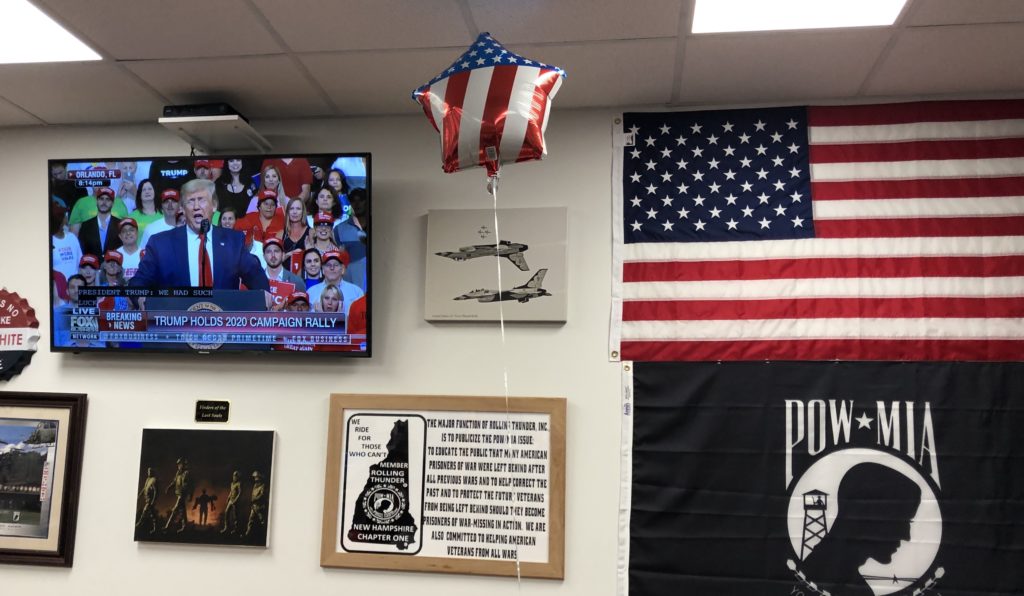 Mickey McDermot of Ryan’s Place is a Gold Star mother who named the diner after her son who was killed in action in Afghanistan. She’s also a big Trump supporter. The walls of her restaurant are a virtual bulletin board for the community of interests common among Trump fans: American flags, military insignia, images of guns and humorous signs and placards whose theme tends to be “stop whining and get back to work.”

Why is she backing Trump? “I like that ‘Keep America Great,'” she told NHJournal. “That’s what he’s going to do.”