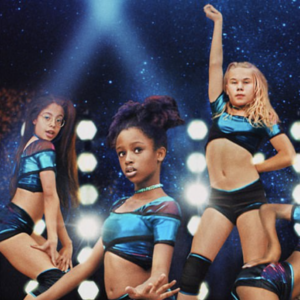 A New Hampshire state rep has pre-filed legislation calling on Netflix to stop streaming the French-made film Cuties and for the federal Department of Justice to investigate the company for distributing child pornography.

Republican Max Abramson represents the small seacoast community of North Hampton and, as a self-described “constitutional conservative,” he’s not a natural candidate to call for government action against a private company. But he tells NHJournal that Netflix has crossed a line with this film, a line that must be defended.

The film, which tells the story of an 11-year-old girl joining a dance group–and discovering her sexuality– in Paris, has been widely condemned for its depiction of gyrating, scantily-clad pre-teen girls. The draft language of Abramson’s resolution explicitly describes some of the graphic images:

“Whereas the film shows an underage girl removing her top and exposing her breasts;

“Whereas scenes in the film show an 11-year-old girl’s jeans pulled down and revealing her bare buttocks, one girl taking a video of a boy’s penis, publishing a photo of her genitals, and wearing a white T-shirt while having water splashed on her chest.”

Abramson’s goal is for the New Hampshire legislature to both condemn Netflix and call on the federal government to investigate the company for distributing the content.

“My job is to take my constituents’ concerns and act on them, and several of my constituents — many of them moms — have raised this issue with me. They believe Netflix is marketing directly to pedophiles,” Abramson said.

He’s not alone. Indiana Congressman Jim Banks and 32 other House Republicans have sent a letter to Attorney General William Barr to prosecute streaming service Netflix for what they allege is “child pornography” in the film.

The movie won an award at this year’s Sundance Film Festival, and the filmmaker says Cuties is intended to call out the sexualization of children, not promote it. France’s Cultural Minister, Roselyne Bachelot, felt the need to defend it.

‘The violent criticisms targeting the movie Cuties give its director an intention which is in total contradiction with what her work is really about,’ Bachelot said. ‘They are based on reductive images that were taken out of context.”

He dismissed the images of a topless 11-year-old girl as “a blink-and-you’ll-miss-it scene.”

The IMDB description of the action in Cuties is slightly different: “Frequent close up/slow shots of underage girls’ midsections, crotch, buttocks, while dancing provocatively (twerking, humping ground, on all fours, legs spread, bending over) and in minimal skin-tight clothing or underwear.”

Rep. Abramson acknowledges that there’s not much a small state like New Hampshire can do to stop Netflix from distributing the film, and he doesn’t expect to hear from the international media giant. But he says it’s important for his state to speak out, anyway.

“This is the kind of thing that shouldn’t be displayed anywhere,” Abramson said.