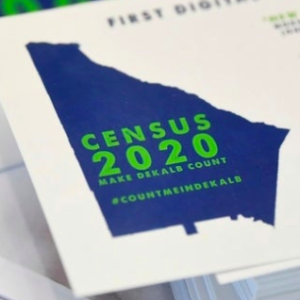 The latest data from the U.S. Census Bureau shows that while states like Connecticut and Vermont were losing residents, New Hampshire’s population growth since 2010 easily outstripped the rest of New England and is the second highest in the region.   This is both a good sign for the Granite State’s continued economic growth and good news in the competition to hold onto congressional representation in the coming reapportionment.

While New Hampshire’s growth was slower than the nation as a whole (6.3 percent), it was significantly higher than the New England average of 1.7 percent. Only Massachusetts grew faster, at 5.3 percent.

One reason for New Hampshire’s continued growth is the flow of Millennials coming to the state. New Hampshire ranks #10 for net Millennial migration, the only New England state to crack the top 10.

Not all the news is good, however. New Hampshire was just one of four states that had more deaths than births — what the Census Bureau calls ‘natural decrease.’ Also on that list: West Virginia, Maine and Vermont. This reflects a broader national trend, according to the Census Bureau.

“While natural increase is the biggest contributor to the U.S. population increase, it has been slowing over the last five years,” said Dr. Sandra Johnson, a demographer/statistician in the Population Division of the Census Bureau. “Natural increase, or when the number of births is greater than the number of deaths, dropped below 1 million in 2019 for the first time in decades.”

Also, New England continues to lose population in relation to the rest of the U.S. For example, in the past year, the entire northeastern U.S. and midwestern states only added about 29,000 residents while the population in the southern and western states surged by more than 1.5 million. Of the 10 states that saw a net loss of population last year, four were in the northeast: Connecticut, New Jersey, New York and Vermont.

This could result in the northeast losing still more clout in Washington, DC.  Since the 1930s, New England has lost nearly 40 percent of its members of the House of Representatives due to reapportionment, going from 34 House seats to 21 today. And it’s possible–in fact likely–Rhode Island will lose one of its two members of Congress after next year’s census, while Montana while go from one to two.

The most recent jobs numbers show the Granite State’s economy is still booming, setting records for the size of the state’s workforce month after month. To keep that streak going, Gov. Sununu and his fellow lawmakers are going to have to find a way to keep the population growing, too.