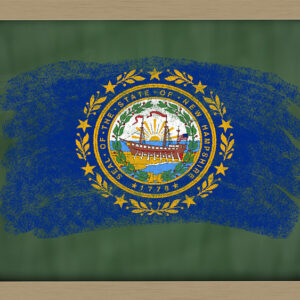 The growing education choice movement just chalked up a major win in New Hampshire, yet another sign of the increasing popularity of what supporters call “empowering parents.”

In the new state budget signed by GOP Gov. Chris Sununu on June 25, New Hampshire became the fifth state this year to pass a new Education Savings Account (ESA) program, creating the 10th ESA program in the country. As America emerges from a year of pandemic schooling, legislatures nationwide are giving parents more control over their children’s education.

Since the beginning of the year, educational choice programs have been created or expanded in 15 states. In addition to ESAs, they include expanded voucher programs as well as new and expanded tax-credit scholarship programs. Eleven states have broadened eligibility and increased funding in existing programs, and many of the new programs are even more expansive in scope.

Two of the biggest changes this year came in New Hampshire and West Virginia.

New Hampshire legislators labeled the new ESA program “Education Freedom Accounts.” New Hampshire residents who are eligible to enroll in a public elementary or secondary school and whose annual household income is less than or equal to 300 percent of the federal poverty level ($79,500 for a family of four) are eligible.

The eligibility criteria are notable for what they do not include.

There is no requirement for previous enrollment in a district public school, so home-schooled and private-school students qualify. And students do not have to be enrolled in special education or have a disability or other extenuating circumstances. An estimated 30-40 percent of New Hampshire families will be eligible to participate in the program starting this fall.

West Virginia’s new ESA program, called the Hope Scholarship, also has broad eligibility. All students who are switching from a district public school or entering kindergarten or first grade are eligible for an ESA with 100 percent of state funding, minus administrative costs. Eligibility is not based on family income.

In both states, the education savings account program allows participating families to make individualized decisions for their children’s education.

An ESA works like a Health Savings Account. It is a government-approved savings account to be used for authorized educational expenses only. Funding in both states comes from the state portion of per-pupil funding and will average about $4,600 per pupil in the 2021-22 school year. Local education funding is left untouched.

In the New Hampshire statute, qualified educational expenses include, but are not limited to, tuition and fees to private schools or other public schools, tuition and fees for non-public online learning programs, tutoring services, textbooks, curriculum and other instructional materials, computer hardware, internet connectivity, other tech services, school uniforms, and educational services and therapies. West Virginia’s law lays out similar eligible expenses.

While New Hampshire and West Virginia are notable for their expansive eligibility, they are only two of 15 states to expand educational choice this year.

Indiana has created a new publicly-funded ESA program to assist students with special needs and has expanded its tax-credit scholarships.

All of these programs provide financial support to families who believe their child will learn better in an environment that is different from their assigned public school.

Education savings accounts, vouchers, and tax-credit scholarships are largely used for students to receive their education outside of the public school system. But public school reform is happening as well.

Charter schools, now legislatively permitted in 45 states and the District of Columbia, are public schools with more flexibility than traditional public schools. That independent management allows for innovation. According to the Center for Education Reform, “more charter school laws have been expanded and improved in the last six months than there were in the previous six years.”

Parents and policymakers who support ESA argue one-size-fits-all educational models did not serve every student well over the last 18 months. They believe the COVID crisis shows it’s time to give families more educational options.

The national expansion of educational choice programs will have additional opportunities this fall to make that policy goal a reality.

Dee Jurius is the community education fellow at the Josiah Bartlett Center for Public Policy, New Hampshire’s free-market think tank. She wrote this for NHJournal.