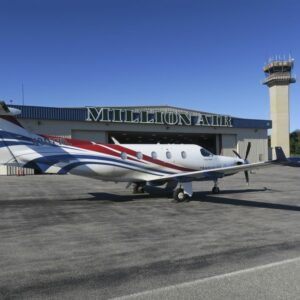 NH Lawmakers Push Back on Million Air’s Plans for Pease

Million Air, the Texas-based company that wants to build a new facility at the Pease International Tradeport, is facing headwinds from both north and south over its controversial proposal.

In Westchester County, N.Y. the Airport Advisory Board (AAB) just released a letter urging the county government to “withhold approval” of the Million Air project at their airport.

“Given the history of water quality issues on the Seacoast and at Pease particularly, our constituents are concerned about avoiding mistakes that can jeopardize our environment again,” Altschiller added.

In Westchester County, Million Air is suing over the decision to hold up their private jet facility. The county countered, claiming that Million Air was breaking the lease by developing buildings it was never approved to build.

Both New York and New Hampshire officials, working independently, say the company is not being transparent about its operations. For Altschiller and the New Hampshire lawmakers, the primary sticking point is unanswered questions about the possible risks of drinking water contamination.

“Based on our reviews of the publicly available information, we cannot find any disclosure by Million Air of these risks, or any consideration of these risks by you,” Altschiller wrote to the Pease Development Authority board.

Hartman wrote to Westchester County Commissioners that Million Air is not sharing data needed to assess the project. Million Air’s proposal for a new hangar at Westchester County Airport claims adding the hangar for private jets will reduce traffic at the already busy airport. But Hartman said Million Air has yet to prove that claim and won’t share its supporting data with county officials.

“Without this data and the opportunity to review it with appropriate professionals, Million Air is not permitting the County and the AAB to perform their legitimate review functions and provide a well-informed basis for evaluating its proposal,” Hartman wrote.

Million Air’s 26,000 square-foot proposal at Pease includes a new 12,000 square-foot hangar and a 90,000-gallon fuel farm. It’s the fuel farm proposal that first got Seacoast area residents concerned and organized into opposing the plan. Altschiller and the others want the company to pick a spot at Pease further away from the wetlands.

Westchester County Airport is the third busiest airport in New York State, after LaGuardia and JFK. Most of the traffic comes from smaller private planes that use the airport. Million Air is focusing on private, corporate jets.

The company is due back before the Pease board on Feb. 19 for a hearing. People interested in submitting a written comment on the project are asked to contact [email protected]