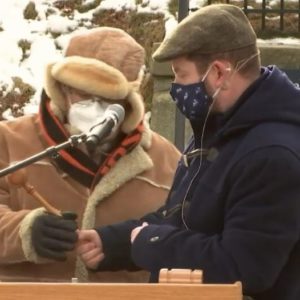 As pro-Trump protests turned violent in the nation’s capital on Wednesday, New Hampshire’s legislature was busy making history of its own. The Senate convened remotely via Zoom and wrapped up their session quickly, while the House met in a large parking lot on the University of New Hampshire campus, barely finishing the day’s work before dark.

Republican Sherman Adams Packard of Londonderry was officially elected as the House Speaker, succeeding the late Speaker Dick Hinch, on a 202-150 vote over Democrat Leader Renny Cushing of Hampton. Packard then led the remaining hours of House Rule amendments, motions to suspend the existing rules, and even a motion to refer six members to a committee to determine if their seats had been resigned.

Rep. Altschiller (D-Stratham) moved that the six members who signed a remonstrance claiming the election was fraudulent should be referred to the House Legislative Administration Committee so that their membership can be studied. Altschiller claims that by signing the document they effectively resigned their seats. The House Clerk asserted they had not resigned and cited the statute in which a House seat would be considered vacant, which prompted Speaker Packard to rule Altschiller out-of-order. Her ensuing appeal of the ruling of the Chair was denied. 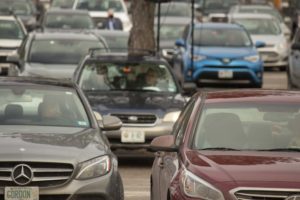 Reps sitting in their car at UNH’s “A Lot” during drive-in session.

In a brief flash of bipartisan unity, the House suspended all rules and introduced a resolution condemning the violence in D.C., with the following motion to pass the resolution succeeding unanimous.

Gone were the traditional yeas and nays, replaced by the honking of car horns and a remote voting system that recorded division and roll call votes. The secret, paper ballot for Speaker felt almost normal save the fact that votes were collected in United States Postal Service bins by House staff on golf carts traveling across the frigid January pavement.

The session’s start was delayed by more than an hour as cars and trucks waited to file into their respective spots, with more delays following shortly behind due to voting system malfunctions. House Clerk Paul C. Smith, between reminders that members must wear masks outside of their cars, would tell members to honk and turn on their hazard lights if their vote wasn’t recorded. Announcing his personal cell phone number to those watching the live stream, he instructed members to text him if they needed to check on their vote’s status. 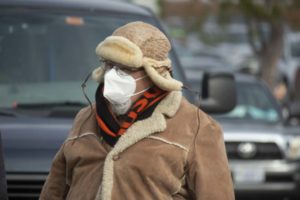 Though convened far from Concord’s House Chamber in an unconventional setting, the tensions between the parties were quite familiar. In his nomination acceptance speech, Speaker Packard railed against Democrat agenda items, claiming “they want an income tax, they want a sales tax… and they want to raise hundreds of millions of dollars in carbon taxes.” Packard also cited Democrat desires to block education choice and ban firearms.

The speech was a far cry from Hinch’s less partisan nomination acceptance on Organization Day, but upon being elected Speaker, Packard’s tone was markedly different. Like Hinch, Packard was emotional as he accepted the gavel — one used by his father as Senate President decades ago. The gavel had been given to his father by former Governor Styles Bridges.

Rules to allow for remote committee meetings were adopted by the body, as were rules to allow the House to convene using the entire State House complex, including the Legislative Office Building. The plan moving forward, it seems, will be to disperse members throughout the complex using the same voting system employed today – along with closed-circuit televisions in committee meeting rooms. Rules to allow for remote sessions, or hybrid sessions, were denied on partisan-line votes. Legislators hope by the time the legislative year is in full swing the pandemic will be fading into history as vaccination numbers increase into the hundreds of thousands.

Though denied at the Rules Committee in December, Democrats again proposed rules to ban firearms in the House Chamber and require sexual harassment training, along with other workplace training sessions such as one focused on confirmation bias. As expected, the amendments failed along party lines. The Republican Majority reports that more than 190 of their 212 members had already completed voluntary harassment training, and anticipates having the remaining reps done this week. 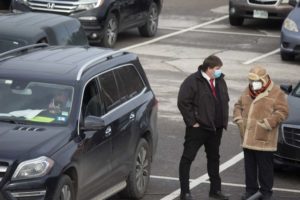 A rule to ban alcohol and illicit drugs from the House chamber failed but received some mockery before and after the vote. Rep. Cody Belanger (R-Epping) asked Rep. Shurtleff if he actually believed that “college kids aren’t drinking on campus,” referencing the discovery of beer cans following a House Session inside the Whittemore Center last fall.

“Am I to believe that there would be no consequences for someone smoking cannabis on the House Floor?” asked Rep. Nicole Klein-Knight (D-Manchester) of Speaker Packard, who refused to speculate on what the punishment would be for someone engaged in such a practice. He did, however, state that drinking or using drugs in House Session would be completely inappropriate.

Before recessing for the day, Rep. Andrew Prout (R-Hudson) moved to suspend the rules and introduce a motion condemning the Police Department in the Town of Newfields. The motion was provoked following this NHJournal reporter being issued a citation for “residential picketing” while covering a protest outside Governor Chris Sununu’s Newfields home. The motion failed to garner the requisite two-thirds majority with only 56 percent in support.

Senate Bill 2, a measure to allow greater flexibility to Town Clerks in Town Meeting elections this spring, passed the New Hampshire Senate on a rules suspension unanimously. Senate President Morse sent the bill to the House immediately – noting the importance of passing the bill. 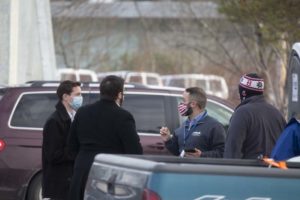 “Cities and towns across New Hampshire need to be able to plan for their upcoming local elections scheduled for March. SB2 provides the clarity and flexibility necessary during the pandemic to ensure the health and safety of voters, election officials, and election day volunteers,” Morse said in a statement.

Speaker Packard, in a hot-mic moment, noted to the House Clerk that “we don’t have the votes,” and a motion to suspend House Rules allowing for SB2’s introduction never came to pass. The House Election Law Committee will likely fast-track the bill and the body is expected to pass it at their next session, tentatively scheduled for early February.