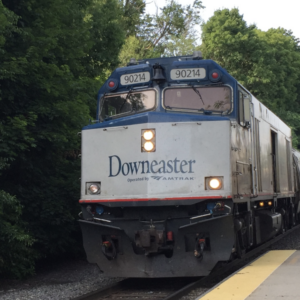 When Treasury Secretary Pete Buttigieg was in Manchester last month to talk up the $1.2 trillion bipartisan infrastructure bill, the hot topic was train service. The entire New Hampshire federal delegation joined him in calling for spending millions on expanded rail service in the Granite State.

However, during the entire media blitz, neither Buttigieg nor his fellow Democrats ever mentioned the price tag: An estimated $500 million — or more. That’s the likely cost of the proposed Capitol Corridor project to bring train service from Concord to Manchester to Nashua and on to Boston. The federal funding Buttigieg touted only covers about $100 million.

And that’s just construction. Revenue from ticket sales will never cover the cost of the service, so it will have to be subsidized to the tune of an estimated $10-14 million a year. Whose dollars?

On Thursday, the state House Public Works and Highways Committee will debate a bill that “prohibits the Department of Transportation from utilizing state funds for the planning, construction, operation, or management of new passenger rail projects.”

The bill is backed by Americans for Prosperity-New Hampshire. “House Bill 1432 takes simple steps to protect Granite State taxpayers from these tax increases and subsidies,” says AFP-NH. “By simply prohibiting any state funding from going to a commuter rail project, taxpayers would be protected.”

In other words, if you want to build rail in New Hampshire, you will have to do it using someone else’s money.

If that sounds unfair, if it seems the people actually using the rail service should pay for it, there is a problem. There are no riders. The number of people expected to pay to ride the Capitol Corridor line is a rounding error in the state’s overall transportation numbers.

Riders covering the operating costs isn’t close to being a possibility, according to the Josiah Bartlett Center for Public Policy. It notes projected ridership for the Capitol Corridor is already falling before the project even begins. Hardly a surprise. given that commuter rail usage has been falling across the nation.

“The New Hampshire Department of Transportation’s December 2014, report on the Capitol Corridor project projected a commuter rail line from Manchester to Boston would attract 3,120 riders per weekday. It predicted also that demand for commuter rail would grow as highway traffic increased in the coming years,” the Barlett Center reports.

“In November of 2021, the department released an updated analysis of the Capitol Corridor project. It projects a peak ridership of 2,866 passengers per weekday, which is an 8 percent decline from the 2014 report.”

There is no need for speculation. New Hampshire has a daily commuter train, Amtrak’s Downeaster. It takes commuters straight into Boston every day from three stops along the Seacoast. Before the pandemic, it barely averaged 200 Granite State commuters a day at its peak. Post-COVID, those numbers are far lower, according to Amtrak.

New Hampshire’s federal delegation, and many Democrats in the Statehouse, continue to support the Capitol Corridor project. And Reps. Annie Kuster and Chris Pappas have gone even farther down the rails, pushing a $105 billion California-style bullet train for New England.

California’s sexy, high-profile project was supposed to get passengers from Los Angeles to San Franciso at speeds of 2oo mph, for a total cost of $33 billion. Instead, it’s going to be joining two mid-sized cities, Bakersfield and Merced, with trains going at traditional Amtrak speed for $100 billion.

The premise of House Bill 1432 is that Granite State taxpayers should expect a similar outcome.