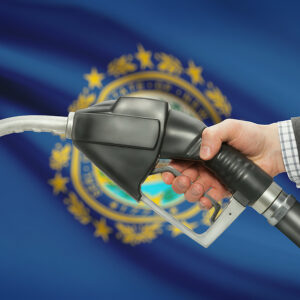 After weeks of debate over the economics and ideology of a gas tax holiday in response to rising inflation, New Hampshire Republicans turned to another consideration to make their decision.

Granite State taxpayers are hurting, and so the GOP-controlled state Senate will take up Majority Leader Jeb Bradley’s proposal for a two-month break in gas tax collections.

“People are struggling to pay for gasoline and to pay their home heating bills,” Bradley told NHJournal. “State revenue in March alone will be $50 million above expectations. We want to return some of this money back to the people, to help them get through tough times caused by incompetence from Washington.”

Bradley’s amendment is mostly an attack on the Biden administration’s energy policy, condemning policies like halting pipelines and turning to “hostile nations” for oil and gas production. Then it gets to the specific policy.

In other words, drivers would get a 22.2-cents-per-gallon tax cut when they fill up in May and June, paid for with money from the state’s surplus revenue. It sends $20 million from the general fund to the state highway fund and $6 million to the department of transportation.

While tax breaks would typically be celebrated by the GOP, partisan politics have muddied the message around the tax holiday. Democratic U.S. Senator Maggie Hassan, who is facing a tough re-election bid in November, has been pushing a federal gas tax holiday, and President Joe Biden — whose poll numbers in New Hampshire are even worse than Hassan’s — is said to be considering it as well.

As a result, Senate President Chuck Morse, who is running in the GOP U.S. Senate primary, had opposed the idea. “Specifically to any tax we are going to temporarily do with a suspension I wouldn’t support,” Morse told radio host Jack Heath two weeks ago. “I think what we need to think is long term in New Hampshire, I think anything we are going to do we need to keep in place forever,” Morse said.

On Thursday, he had a different view.

“Jeb has put this well-thought-out proposal together, and it’s important we have a few days before the hearing to give folks notice if they want to come and weigh in,” Morse told the Union Leader. “I’ll be there.”

Republicans respond by noting Hassan and U.S. Reps. Chris Pappas and Annie Kuster have spent years opposing oil and gas production, higher taxes on energy companies, and carbon tax proposals that would drive up energy costs across the board. On Wednesday, Hassan reiterated her opposition to the Keystone XL pipeline, shut down by Biden on his first day in office.

Economists have largely panned short-term moves like gas tax holidays and Biden’s announcement to release oil from the nation’s strategic petroleum reserve for six months. Gas prices at the pump are volatile, impacted by global pressures on oil supply and demand, they argue. The state’s 22-cent gas tax is smaller than the increase in gas prices in a single week in February.

The Josiah Bartlett Center for Public Policy, a free-market think tank based in Concord, published an article entitled “A Gas Tax Holiday Is Just a Holiday From Reality.” Reached for comment on Thursday, Barlett Center president Andrew Cline looked on the bright side.

“On the one hand, it’s a gimmick. On the other, we finally have bipartisan agreement that tax cuts are good for the economy.”