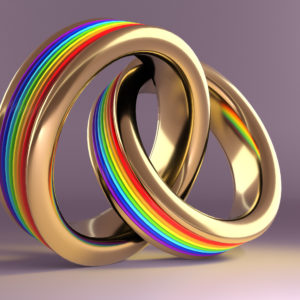 Why the NH GOP Should Embrace Marriage Equality

When I first ran for Congress ten years ago, same-sex marriage was a hot debate in our state. With few exceptions, candidates were split down party lines on the subject.  As a conservative and practicing Catholic I instinctively ran on the position that marriage was between one man and one woman.   It wasn’t long, however, before I began questioning my own position. Over the years those questions have led me to a deeper and more thoughtful understanding of both my faith and my politics and I long ago came to the conclusion, quite simply, that I was wrong on this issue.

I support equal rights for LGBT people – including the right of same-sex marriage – for the same reason I am adamantly pro-life:  in addition to believing that life is sacred, I fully embrace the founding American principle, from the Declaration of Independence, that every human being has the right to life, liberty and the pursuit of happiness.  A party that strives to be the party of the Bill of Rights cannot also be the party that continues, in spite of Supreme Court decisions, to advocate denying rights to a very small group of narrowly defined Americans.

We must stop acting as if rights are in short supply and that somehow, by acknowledging the rights of others, we risk losing our own.  The First Amendment is the cornerstone of our democratic Republic.  Every American has the right to live their own faith beliefs, but as conservatives, we believe that no one religious denomination should be advanced by the state over all others. We must, as Republicans, be willing to fight for the rights of all Americans, regardless of their chosen faith.

People of sincere faith can never be asked to abandon that faith and I will fight with equal vigor for their right to live those beliefs, but no one has the right to impose their own religious values on others

I have been asked a hundred times why I feel so strongly about fighting this battle within the GOP; same-sex marriage is legal across the land, the question goes, why not just ignore the party platform and let it lie? The answer is two-fold.

First, my mother taught me a long time ago that, when you know better, you do better. I am trying to do better.  And equally important, I am an ardent believer that our nation needs Republican policies to sooth the ills we face today.  If we do not right this wrong, our party will die.  Poll after poll shows definitively that our youngest generation of voters not only embrace the rights of gay people to marry, they are abandoning our party in droves.

At the NHGOP convention last Saturday, a middle-aged delegate approached a gay Republican activist and told her that she would prefer that “millennials and LGBT people” join the democrats, stating she didn’t want either in “her” party. This is not only a dreadful thing to say, it is a recipe for political disaster.  No party can survive if they lose an entire generation of voters.

I am certain that the words of this delegate are not reflective of the heart and spirit of New Hampshire Republicans. Our party should stand strong and be a clear voice for freedom, equality and unlimited opportunity for all Americans.  Without asterisks and without exception.