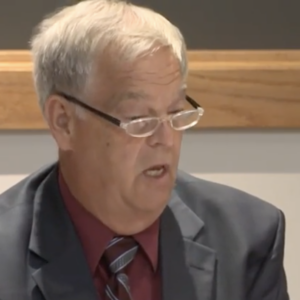 David Wheeler, R-Milford, led the charge against funding Planned Parenthood, Equality Health Center in Concord, and Lovering Health Center in Greenland over concerns that state funding would end up paying for abortions.

“I am very disturbed by the way these contracts were put out,” Wheeler said. “I don’t think any of these contracts have the separation from abortion and other services.”

The vote was highly anticipated and activists from both sides of the abortion divide were on hand. Wheeler was joined by Republicans Joe Kenney, Union, and Ted Gatsas, Manchester, and Janet Stevens, Rye. Democrat Cinde Warmington was the lone vote to keep giving Planned Parenthood the money.

Planned Parenthood, Lovering, and Equality offer the majority of family planning services in New Hampshire, as much as 80 percent, according to DHHS Commissioner Lori Shibinette. They also are the only providers who advertise elective abortion services, according to Patricia Tilley the director of public health services for DHHS.

After the state passed HB2, the omnibus spending and budget bill that include restrictions on abortion and abortion funding, the state conducted an audit of all family planning providers that contract with the state to make sure they did not use any state funds to pay for abortions.

“We looked at everything,” Meredith Telus, director of programming and integrity for DHHS told the councilors. “We found no instances where our contract dollars were paying for medical or surgical abortion.”

Attorney General John Formella also told councilors all three providers were in compliance with HB2. Wheeler discounted that testimony, maintaining that any funding for a provider that offers abortions is funding for abortions.

Wheeler and Gatsas also repeatedly expressed worry that 15-year-old girls would access birth control if the funding passed. Gatsas said he is opposed to the Plan B method and did not want teens to use it.

Wheeler repeatedly mentioned a hypothetical scenario in which the funds could be used for a 15-year-old girl to be sterilized without parental consent.

“I don’t know a single healthcare provider who will sterilize a 15-year-old without parental consent,” Shibinette finally responded to Wheeler. “Hypothetically, it can be done.”

Warmington said services like cancer screenings and treatment for sexually transmitted diseases would be delayed because of the spending cuts. That means more negative outcomes for women’s health, she said. The funding cuts would also lead to more unintended pregnancies which would result in more abortions, Warmington said.

The contracts would have paid out more than $7 million to 10 family planning providers, but Planned Parenthood, Lovering, and Equality were separated out of the contract vote, as they are the only three that advertise abortion services. The other providers got funding. All 10 contracts had bipartisan support with Gov. Chris Sununu backing them.

“I brought these contracts forward because I support them, just as I have every year as governor, because they protect women’s health and it is the right thing to do,” Sununu said. “Today’s action to vote down funding like cancer screenings and other women’s health services is incredibly disappointing and not something I agree with.”

Democrats accused Sununu of hypocrisy on the abortion issue, insisting he is not as pro-choice as he maintains. They are trying to pin the vote on his leadership. 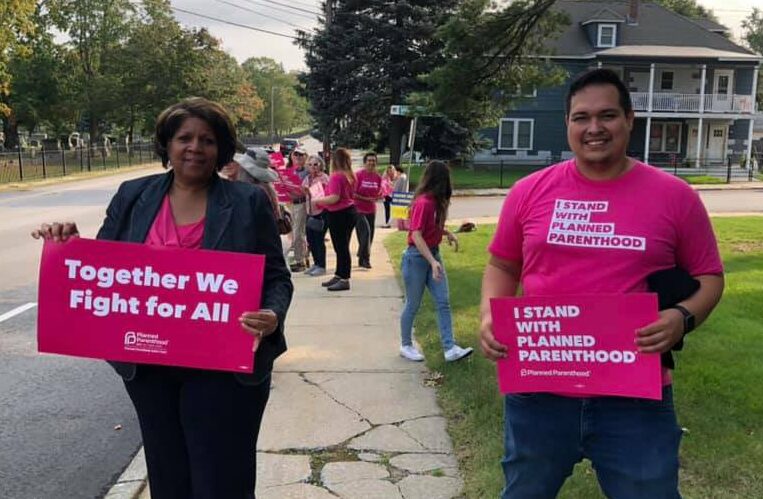 The Executive Council is not appointed by the governor. It’s elected by the voters every two years.

Jason Hennessey, president of New Hampshire Right to Life, was satisfied with the vote, saying the council is backing the law as outlined in HB2.

“I really appreciate that the Executive Council honored the will of the legislature,” Hennessey said.

He said that family planning services paid for through the Title X funding are a relic of the past. Women can get the same services through the Affordable Care Act and numerous other providers, and the funding is no longer needed.

“Today’s vote was shameful,” Montgomery said. “It will make communities less safe during a pandemic.”

Immediately after the vote, held at St. Joseph Hospital’s Academic Center, people shouted obscenities at Wheeler and other councilors.

Wednesday’s vote had no impact on abortion funding or access.