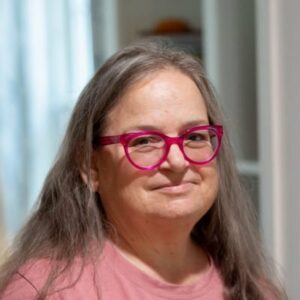 New Hampshire Democrats and their progressive allies are once again trying to kill the state’s Columbus Day holiday and replace it with Indigenous People’s Day, with accusations of ‘white supremacy’ and “colonizers’ thrown at their opponents. The name-calling inspired at least one state representative — a Democrat with Italian roots — to show up at Wednesday’s hearing to speak out against the rhetoric.

The bill to end Columbus Day entirely and celebrate Indigenous People’s Day was filed by Durham Democratic Rep. Tim Horrigan, who made it clear he would not support co-existence — celebrate both holidays on the same day — as some have suggested in the name of compromise.

Horrigan then began a rambling recitation of claims about history, some of which are contested. For example, he repeatedly insisted Columbus wasn’t even Italian because the explorer’s hometown of Genoa had not yet become part of Italy when he was born there. “And he spent most of his life in Spain and Portugal.”

“He was not really Italian at all, he was Spanish,” Horrigan said.

(The consensus of historians is that Columbus was born in Genoa and grew up in another Italian city, Savona.)

Horrigan also threw in the debunked claim that explorers from China arrived in Central America before Columbus came to the New World.

However questionable the statements about history, it was the language about Italians and supporters of keeping the holiday that generated the most heat.

Rep. Peter Petrigno (D-Milford) told the House Executive Departments and Administration Committee he had not planned to testify but changed his mind after seeing a tweet from a progressive activist, Sebastian Fuentes of the group Rights and Democracy.

“Representatives saying that they don’t support Indigenous Peoples Day because it is damaging to their Italian heritage. That is exactly what white supremacy is all about,” Fuentes tweeted, a statement Petrigno believed was directed at him.

“I could not let it go unanswered, so here I am,” Petrigno said.

After reviewing the history of the treatment of Italian immigrants in the U.S., Petrigno acknowledged that views of Columbus have changed, and he offered support for codifying holidays that already observe Native peoples.

Then he added, “Let me make it perfectly clear. I don’t care if we remove Columbus from the day. What I really care about is not losing the longstanding recognition of Italian-Americans on that day.”

Denise Pouliot, a leader of the Pennacook-Abenaki tribe said, “Columbus Day marks a false representation of what happened in the past — that is white supremacy.”

She claimed 130 towns in 12 states have already ended Columbus Day and replaced it with Indigenous People’s Day. And, she insisted, the land of New Hampshire still belongs to indigenous people.

“This land is native land. It still is. We never ceded this land at all. It was overcome,” Pouliot said.

Rep. Catherine Sofikitis, a four-term Democrat from Nashua echoed that with, “I want to be brutally frank. There is not one person of color on this committee — not one. Racism matters,” Sofikitis said. She called for “reconciliation with history,” telling the committee, “The rest of the country understands what you, the colonists, have done.”

And Fuentes, the progressive activist whose tweet inspired Petrigno to testify, took part of his time to apologize to the representative, saying the accusation of white supremacy was not directed at him. “It was directed at other representatives who said they couldn’t support the bill because they are members of the Knights of Columbus. That’s why I posted that tweet.”

While there was a great deal of discussion of Columbus and his alleged atrocities, there was no mention of the well-established historical record of slavery, ritual human sacrifice, and cannibalism practiced by the indigenous people of the Americas long before Europeans arrived.

After Wednesday’s hearing, state Sen. Lou D’Allesandro (D-Manchester) defended the Columbus Day tradition. “Italian-Americans have played a significant role in the development of our country.  Many have been recognized for their contributions to the American Dream.  As a proud American of Italian ancestry, I believe that recognizing their achievements on a special day is totally appropriate.”