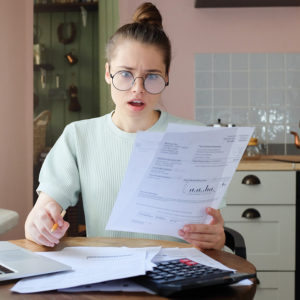 “It’s incumbent upon every elected official to do all we can to address skyrocketing electric rates,” State Senate Majority Leader Dan Feltes said in a statement this week, and most businesses/homeowners would agree.  New Hampshire pays the sixth-highest electricity costs in the country, based on the latest available numbers, and 46 percent(!) more per kilowatt hour than the national average.

So Sen. Feltes and his fellow Democrats’ decision to release of an “Energy Reform & Climate Action” plan for 2020–including a “Rate Payer Protection Act” — is sound politics. Unfortunately, it doesn’t appear to be quite as sound in the “math and science” department.

In addition, Sen. Feltes (a 2020 candidate for governor) released his own “Biomass and Forest Products Workers Assistance Act of 2020,” and he voted to overturn Gov. Chris Sununu’s veto of continued biomass subsidies by New Hampshire ratepayers.

Many climate activists support these policies (though some don’t–particularly on biomass), and these plans could in fact lower carbon emissions in New Hampshire.  “We can no longer wait to take meaningful, proactive steps to combat the climate crisis, including on offshore wind and transportation emissions reductions. It is time for real leadership,” said Senate Transportation Committee Chair David Watters (D-Dover) in a statement.

But what would they do to those “skyrocketing” electricity rates Sen. Feltes mentioned?

“This unrealistic and costly proposal will do nothing except lead to further increases in electricity costs,” says Marc Brown of the New England Ratepayers Association, who dismissed the “Rate Payer Protection Act” as a sham.

“Unfounded claims of transmission savings for New Hampshire ratepayers from these ‘investments’ ignore what has happened in Massachusetts, where they spent tens of billions of dollars on ratepayer-funded energy efficiency and behind-the-meter solar subsidies and yet has still seen its share of regional transmission costs increase,” Brown told NHJournal.

The net metering story is similar. Currently, utility companies are required to buy electricity generated by small producers, like homeowners with rooftop solar panels. The companies have to pay above-market prices, and it costs additional money and manpower to manage the flow of this electricity on the grid.

The Democrats’ net metering proposal would force the electric companies to buy from larger producers, up to 5 megawatts. That’s enough to power thousands of homes. From there the math is simple: Lower-priced power from nuclear, natural gas, etc. is driven off the grid and replaced by higher cost –and more expensive to manage– solar power. Which means electricity costs more.

The same with biomass, an energy source that not only costs more per kilowatt hour than nuclear or natural gas, but also emits more carbon. In fact, climate activists have declared it “worse than coal.”  Industry advocates disagree, saying that forestry is a renewable energy source, but progressive activists in the Democratic coalition are outspokenly against biomass.

And then there’s the Transportation and Climate Initiative (TCI), also known as a carbon tax. The proposal, being promoted by Massachusetts liberal Charlie Baker, creates emissions credits that gas and diesel wholesalers would be forced to buy. The cost would then be passed on to drivers when they fill their tanks.

“Setting a cap on emissions from gas and diesel, which would decline annually, would strongly influence the cost of allowances and ultimately the price at the pump,” Commonwealth magazine reports. And the “influence” would not be to lower that price.

How much more would Granite Staters pay? TCI advocates have been careful not to release any hard and fast numbers on how much the credits would cost. However, a report at Carbon Xchange estimates that based on the numbers being discussed, Massachusetts drivers alone could pay $600 million per year.

Apply the same math to New Hampshire and it works out to about $138 million a year in higher gas prices.

And this is more than just theory. New Hampshire is already a “participatory observer” in the TCI program and, Commonwealth reports, “will have the chance to sign onto the final memorandum of understanding expected to be ready next spring.”

The good news is that New Hampshire law currently bans the Granite State from entering “any program that requires quotas, caps, or mandates on any fuels… without legislative approval,” and Gov. Chris Sununu is extremely likely to veto any such effort.

The not-so-good news is that a new governor could sign such legislation with the stroke of a pen.

If you think your energy costs are “skyrocketing” now — just wait.