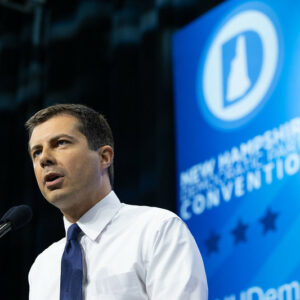 Phil Hatcher is co-chair of the Dover Democratic Committee and a longtime party activist. He is also one of the Granite State Democrats who view the fight to keep the First in the Nation primary with a shrug.

“I’m in the camp of maybe it’s time for us to give it up, you know?” Hatcher told the Los Angeles Times. “I understand it’s been a great thing for New Hampshire, but I think it’s hard to justify keeping it at this point.”

“Everybody refers to the Jimmy Carter campaign, which was real,” added Hatcher, “but you know, how many Jimmy Carters have happened since then?”

Is Hatcher an outlier, or is he just saying the quiet part out loud?

He is certainly not alone.

“It’s time for another state to be the first in the nation, New Hampshire doesn’t represent diversity or inclusion,” said state Rep. Maria Perez (D-Milford). “Specially [sic] when your own senator don’t want to talk to her constituents.”

Perez is a member of the House Progressive Caucus. Her argument reflects the message from Democratic National Committee members like Donna Brazile and former DNC chairs Tom Perez and Howard Dean.

“Sometimes we hold onto tradition because they give us a foundation from which we grow,”  Brazile told the DNC Rules and Bylaws Committee just before it voted to move South Carolina to the front of the line. “We also believe that tradition can be passed down and transferred, especially when you are opening up new doors and you are helping to expand the electorate so every American can enjoy full citizenship.”

Hatcher and Perez may sound like outliers in New Hampshire, particularly given the media coverage of the DNC’s move to strip the Granite State of its official First in the Nation status. But for years, polling by the University of New Hampshire found fewer than half of self-identified Democrats in the state support the “First In The Nation” primary law.

A June 2022 poll found only 45 percent of self-identified Democrats said they supported the law and only 28 percent felt strongly about it. Another 10 percent of New Hampshire Democrats openly supported ending it. Meanwhile, the law had the support of 60 percent of Republicans, 46 percent of whom were strong supporters.

Support for the FITN primary among Granite State Democrats has declined steadily as more members of their party have made the “equity” argument for ending it.

In 2019, 61 percent of New Hampshire Democrats told UNH they strongly or somewhat supported the law mandating the state’s primary be held at least one week before a similar contest. By July 2021, that number was down to 46 percent. In the new UNH survey, only 45 percent of Democrats back the FITN law — 28 percent of them strongly. Another 10 percent oppose the law outright.

“Hatcher is not an outlier. Many Democrats are myopic about this issue because they look at the demographics of New Hampshire and assume that White Democrats and independents here cannot vote for people of color, despite hard evidence to the contrary,” Bosen said. “This is the worst kind of invidious discrimination because it presupposes that birds of a feather are what politics is all about.”

“The idea that most Democrats, particularly in the legislature, don’t support New Hampshire’s First in the Nation primary is not true. The support is overwhelming,” Read said. “But there are about 10 percent of Democrats, I’d say, who are taking a more national view rather than the local one, and they think it would be good for the country to have more representative states go first.”