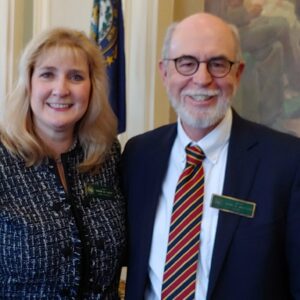 On the eve of the U.S. Senate’s vote to impose new federal mandates on state elections, some of the local lawmakers whose powers would be overridden are urging its passage.

According to Politico, more than 480 state legislators from all 50 states signed a letter urging the Senate to pass H.R.1/S.1, also known as the ‘For the People’ Act. The legislation, which was backed by N.H. Reps. Annie Kuster and Chris Pappas when it passed the House on a party-line vote, would override state laws on early voting, absentee balloting, and counting late ballots.

It also bans states from mandating a voter ID.

“Close to 400 anti-voter bills have been introduced in [state] legislatures across the nation,” the signatories wrote. “Make no mistake: these unpatriotic attacks on our elections will undermine confidence that elections in America can possibly represent the will of a checked and balanced majority. They present a deep threat to our democracy.

“We are asking that Congress pass common-sense national standards to strengthen our democracy with the For the People Act while protecting against future attacks on the right to vote,” they added.

The signatories from New Hampshire, all Democrats, are:

“It is not surprising that New Hampshire House Democrats would promote a policy that is so clearly a threat to our democracy,” said GOP state Rep. Ross Berry (R-Manchester). “Not only are they begging to undo the filibuster, but they are actively rooting for the complete federal take over of our elections.”

Interestingly, the website referenced in their letter listing the “400 anti-voter bills” doesn’t mention the Granite State and its election laws.

Do these local Democrats really believe the laws New Hampshire has used to oversee elections for years — with among the highest voter participation in the nation — are “voter suppression?”

“I’ve spoken on the Senate floor about the effort to suppress votes of people who are domiciled in New Hampshire. I believe tying people to the land echoes back to before England ended serfdom. If people are here, they should be allowed to vote, but how you define residency has been under attack for years.”

Watters was referencing 2018 legislation that closed the “domicile loophole,” as Republicans called it, and now requires voters to be residents of the state. The N.H. Supreme Court upheld the law last year.

In 2020, the first election under the new rules, the Granite State set voter turnout records in both the presidential primary and general elections.

Watters also argued that not changing New Hampshire’s current system to permanently enact the emergency changes made because of COVID-19 — allowing no-excuse absentee balloting, for example — is also a form of voter suppression.

“And voter ID — there are a lot of things to be said about picture IDs. But does it end up suppressing the vote?”

Watters rejected Republican arguments that H.R. 1/S.1 is a federal takeover of elections.

“This has nothing to do with who will oversee our local elections,” Watters said. “It will still be the same, excellent people running our elections.” But he did concede they would be doing so using laws imposed by Washington, D.C., not the laws passed by Watters and his fellow legislators in Concord.

“The rules set in Washington are to guarantee greater access.”

GOP Sen. Bob Giuda told NHJournal his fellow legislators who signed the letter are simply wrong. “Do we really want the same federal government that brought us Amtrak, the VA, and the Post Office – the very same government that weaponized the FBI and IRS to attack those whose politics are not in line with the administration – to control our election procedures?

“We don’t need more meddling in our election machinery by a federal government that has proven conclusively that it can’t even manage its own affairs.”

Other opponents of the Democrats’ approach keep asking where the evidence is of a voter access problem in New Hampshire. As Secretary of State Bill Gardner told a U.S. Senate hearing on H.R. 1/S.1 in April:

“Our voter turnout of voting age population surged to the top tier of voter turnout among the states, and [New Hampshire] has consistently maintained this position in the top three states for the past four presidential elections. Since the year 2000, New Hampshire has been double-digit percentage points higher than the national average.”

“The position of the House Republicans is clear,” Rep. Berry added. “We trust Secretary Gardner to run our elections, not Nancy Pelosi and Chuck Schumer”