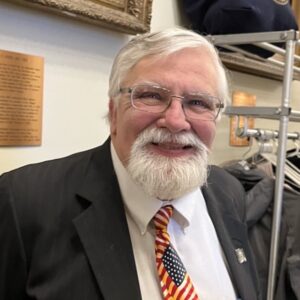 With a minuscule 201-198 majority, House Republicans were ready for a bumpy ride on Organization Day. But thanks to solid attendance by its caucus, combined with no-shows and crossovers from House Democrats, Speaker Sherm Packard (R-Londonderry) and his crew enjoyed smooth sailing on Wednesday.

The day began with good news for the GOP with an attendance count of 200 Republicans to 191 Democrats, giving them a nine-vote margin. With 100 percent attendance in the 24-member state Senate, their 14-10 majority meant Republicans had a 13-vote cushion in the secretary of state election, the most closely watched vote of the day.

The news got even better when Packard was elected speaker in a secret ballot 205-184, which meant at least five Democrats crossed the aisle to support him over their own caucus leader Rep. Matt Wilhelm (D-Manchester). 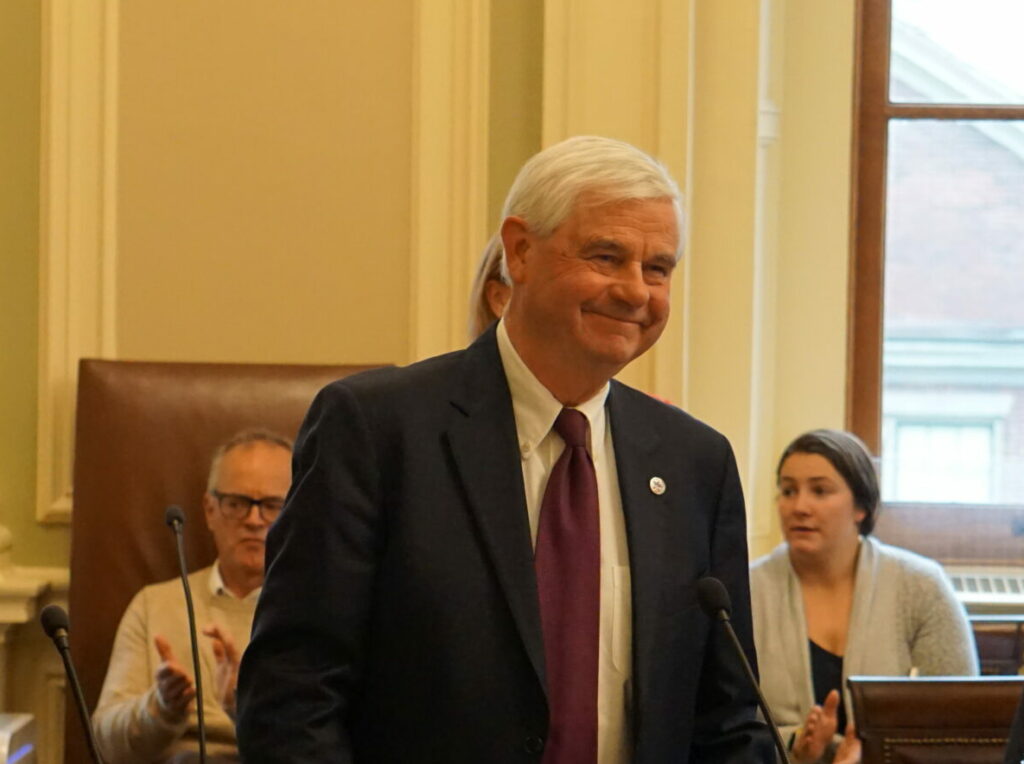 The Senate’s unanimous vote for Senate President Jeb Bradley (R-Wolfeboro) was less surprising given the more collegial nature of the upper chamber. Bradley was praised by Democratic Leader Sen. Donna Soucy, who seconded his nomination, and he returned the kind words from the podium. And both praised outgoing Senate President Chuck Morse, who gave up his seat to run an unsuccessful bid for the GOP U.S. Senate nomination.

In his first remarks as Senate President, Bradley urged his fellow senators to “listen to the voters. They elected a divided legislature. They want us to work together.”

But the big shocker of the day was the margin of defeat for Democrat Melanie Levesque in the vote for secretary of state. As she was headed into a Democratic caucus meeting Wednesday morning, Levesque told NHJournal the upcoming vote “is looking good.” But with both chambers voting in a secret ballot, she lost to Republican David Scanlan by 237-175, with one write in.

While it was clear Scanlan had bipartisan support — he was nominated by Sen. Lou D’Allesandro and seconded by Rep. Peter Leishman (D-Peterborough) — the total showed at least 23 Democrats rejected their party’s nominee and sided with Scanlan. 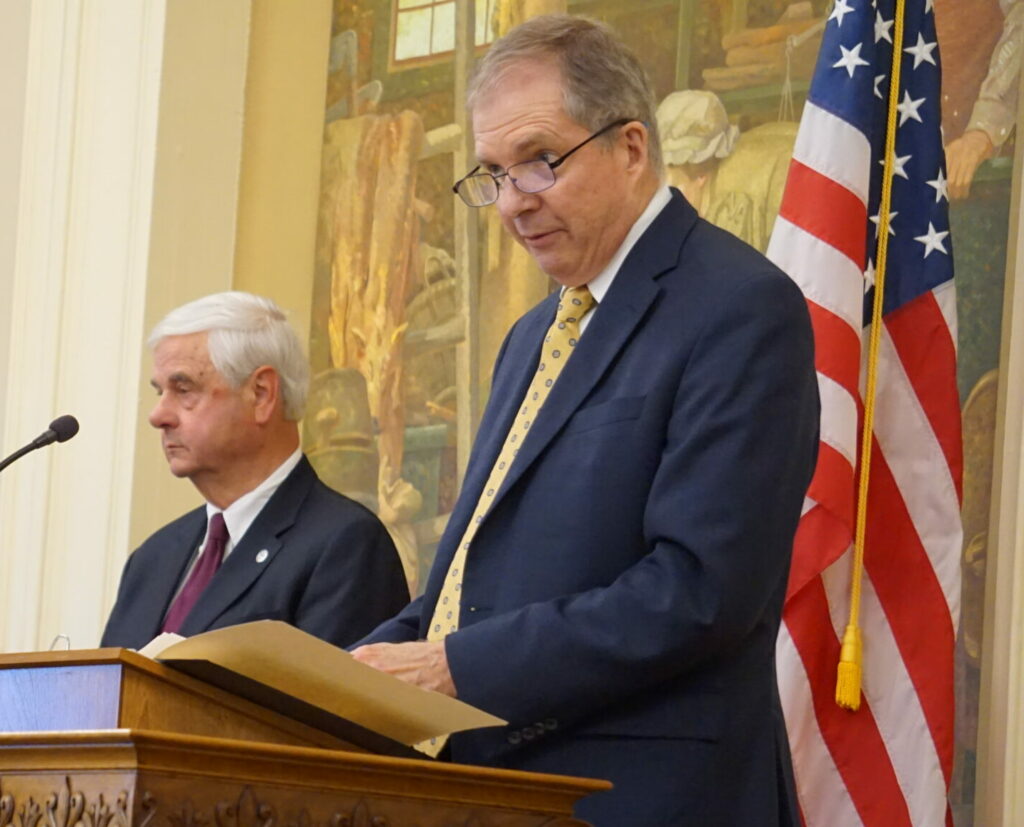 them. While my current bid was unsuccessful, I remain dedicated to bettering our democracy,” Levesque said in a statement.

Some Democrats were not so magnanimous. Lucas Meyer, chairman of the Democratic group 603 Forward and former director of the New Hampshire Senate Democratic Caucus retweeted a report of the Levesque defeat and added, “Some folks in June ’24 really shouldn’t be surprised when they get primaried. making a list… checking it twice…”

Meyer also suggested via Twitter that while the vote was a secret ballot, Democratic leadership had a good idea of who cast the crossover votes.

Most legislators who spoke to NHJournal said they believed Scanlan’s candidacy got a big boost when President Joe Biden and the DNC announced their plan to strip the Granite State of its First In the Nation primary. “She [Levesque] never had an answer for that,” said Rep. Wayne MacDonald (R-Londonderry)

Greg Moore of Americans For Prosperity and a veteran of State House politics, said Scanlan’s real advantage was his relationship with legendary former Secretary of State Bill Gardner. “He learned at the feet of Yoda.”

As for threats targeting Democrats who backed Scanlan, Majority Leader Osborne does not think anyone should worry.

“Didn’t the Democrats who supported Scanlan already prevail against primary challenges? Perhaps other Democrats should follow their example.”

One GOP failure was a vote to table a measure calling for a special election to resolve the tie in the Rochester House race, the last unresolved election. A motion to delay voting on that resolution failed, 187-193.

In his remarks to the House, Wilhelm offered an olive branch. “Granite Staters are counting on us, all of us, to reject trench warfare and ideological battles and instead come together and work together to deliver results for our neighbors.”

But will Republicans expect the momentum from Organization Day to continue when the legislature convenes on January 4? Several GOP House members said they cannot count on close to 100 percent attendance when the regular session starts. As one Republican put it, “We will be a morning majority and afternoon minority. That’s just how it is.”