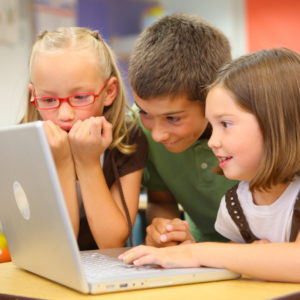 Opponents of reopening school classrooms and their teachers union allies spent the past year insisting that classroom instruction for kids was just too dangerous.

Over that same year, many parents and medical professionals pushed back, using data from across the globe to show that children faced low risk from the virus.

Two months into the new school year, Granite State data appear to back the second group. Yes, infections among school-aged kids are up — but no more than among the population as a whole.

The cost of the closed classrooms unions and progressives demanded is easy to measure: A lost year of instruction for students and lost income for some parents; an even wider racial gap in academic performance; more physical injuries (schools are the safest place the average child goes); and a setback in socialization and development for younger students.

The impact of opening schools on COVID, however, is harder to measure. For example, the media regularly report the percentage of positive COVID-19 tests among those under age 19 is sometimes around one-third of all positive results.

But what they don’t report is that with schools reopened, the number of tests given to students has soared. They represent a larger percentage of the total number of tests than in the past. So yes, it’s true COVID-19 among children exploded in the first week of the school year. But because of the limits of the state’s available data on the DHHS dashboard, it’s hard to say if that is a result of more testing or the impact of the Delta surge.

Here’s what we do know: While the state does not track data showing the exact positivity rate for school children in New Hampshire, the data on rates for people under age 20 is on track with the rest of the state during the Delta variant surge.

The most recent daily average showed 9,170 tests administered and a positivity rate of 6.3 percent.

For people nine years old and under, the latest daily positive rate was 7.2 percent out of 944 tests administered.

Dr. Benjamin Chan, the state epidemiologist for the New Hampshire Department of Health and Human Services, said the summer and fall Delta wave is driving up cases in every sector of the population.

“The rates of COVID have gone up in all age groups,” Chan said.

This time last year, only about 250 tests were administered on an average day to those under the age of nine, and the positivity rate was under 1 percent. For those 10 to 19, there were about 500 to 700 tests per day, with a positive rate of around 1.2 percent. All similar to the state as a whole.

New Hampshire does not sort out its COVID testing data by specific age group beyond a couple of categories. While there is no specific data set showing the rates among just school-aged children, the state does keep data on children from birth up to age 9, and another set for children 10 through to 19. The state is also tracking COVID cases in schools, but that data includes adult staff who test positive.

Cases spiked in the first week of September just after the start of the school year when there were more than 42 positive cases a day out of fewer than 480 tests on average performed, for an 8.8 percent positivity rate. Testing rose toward the end of September, with an average of 1,200 tests done a day, while the positivity rate declined to 5.6 percent.

The number of tests done has started to come down, and as of Oct. 14, children in this cohort are averaging more than 937 tests per day. But the number of positive cases has stayed around 65, for a slightly higher positive rate of 6.9 percent. Chan noted this cohort is unvaccinated against COVID, as no vaccine has yet been approved for children under the age of 12.

Most schools require students to stay home if they exhibit any cold or flu symptoms, which also double as COVID-19 symptoms. Children must either quarantine until symptoms go away, or they must test negative, in order to go back to school. Chan said the recommendations for testing in schools have not changed from last year. The number of tests per day in the birth to age 9 cohort was averaging a little more than 200 in mid-September 2020, and the tests found a positivity rate of 0.3 percent or about less than one case per day on average.

Testing remains an issue for many in the state, with families waiting days in some cases to get a test, and with a nationwide shortage of rapid tests. Last week, DHHS Commissioner Lori Shibinette announced four new testing sites are being set up to help meet the testing needs during the current surge.

Perhaps the most significant number is this: There have only been 34 hospitalizations among Granite Staters under age 19 during the entire pandemic– and zero deaths.