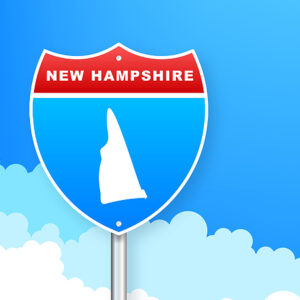 For the seventh year in a row, an analysis of taxes, spending, and government efficiency finds New Hampshire taxpayers are getting the best tax-dollar “return on investment (ROI)” in the nation.

WalletHub employed an expert panel to analyze 30 metrics of the quality and efficiency of state-government services across five categories — education, health, safety, economy, and infrastructure/pollution — and taking into account the drastically different rates at which citizens are taxed in each state.

And once again, New Hampshire is #1. New Hampshire’s tax burden is the third-lowest in the U.S., while the quality of its government services ranks fourth — the only state to rank in the top 10 in both categories.

“No surprise that New Hampshire leads the nation in best tax-dollar return on investment yet again,” said Governor Chris Sununu. “We cut taxes, returned cash to cities and towns for property tax relief, and people are moving here in droves because it’s clear that NH is the best place to live, work, and raise a family – and it’s not even close.”

New Hampshire is far and away the frontrunner among New England states. The Granite State is alone in the top 10 performing states, all of which have Republican governors. Massachusetts ranks 38th for taxpayer return on investment, and Connecticut ranks 43rd — the lowest in the region.

“The last year New Hampshire wasn’t first was 2015,” a Wallethub spokesperson told NHJournal. “This is the seventh consecutive year it ranks first.”

“New Hampshire has the best taxpayer ROI because its residents benefit from high-quality government services, while paying the third-lowest amount of taxes in the country, just above $2,600,” said data analyst Jill Gonzalez. “More specifically, the state has a high-quality healthcare system, a low crime rate and a low unemployment rate.”

N.H. Speaker of the House Sherm Packard (R-Londonderry) says the ranking is no surprise.

“We have the lowest poverty rate, our tax burden is the third lowest and our quality of government services ranks fourth. With sound management from our Republican-led legislature and good fiscal policies, we have been able to improve the lives of NH families and small businesses,” Packard said.

Massachusetts and Connecticut are among the bottom 15 states with the lowest taxpayer ROI. While residents of the two states receive high quality government services, they pay some of the highest taxes nationwide, amounting to around $6,000 annually,” Gonzalez added.

Among New Hampshire’s high points noted by the Wallethub analysis:

And it’s not just ROI.  “Live Free or Die” New Hampshire is also on top of the Cato Institute’s “Freedom in the 50 States” index, knocking Florida out of the top spot.

“New Hampshire’s low-tax culture forces the government to measure program quality by how efficient and effective services are, not by how much is spent,” said Andrew Cline, president of the Josiah Bartlett Center for Public Policy. “That’s what separates New Hampshire from all other states.”

“The New Hampshire Advantage is built upon common-sense fiscal policies and responsible, reasonable state budgets with low taxation and limited regulation,” said Mike Skelton, president of the Business and Industry Association, New Hampshire’s statewide chamber of commerce and leading business advocate. “New Hampshire’s commitment to job growth and creating a business climate allowing employers to thrive enhances our quality of life. New Hampshire has shown that the best way to increase state tax revenue is to grow the number of successful businesses. The success in providing taxpayers the nation’s best tax-dollar ‘return on investment’ is proof the New Hampshire Advantage works.”