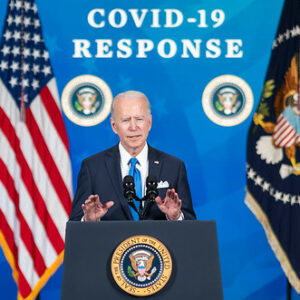 New Hampshire private businesses with 100 or more employees could face fines ranging from $13,653 up to $136,532 for violating the Biden administration’s vaccine mandate announced Thursday.

It’s supported by all four members of the state’s federal delegation.

Nearly two months ago, President Joe Biden announced two mandates on American workers: Federal employees and contractors must get the COVID-19 vaccine or face punishments up to and including being fired; and large private businesses must require employees to either get vaccinated or undergo regular testing.

“We’ve been patient,” Biden said on September 9, “but our patience is wearing thin. And your refusal has cost all of us.”

In the weeks that followed, American businesses anxiously awaited the Occupational Safety and Health Administration to issue its emergency temporary standard (ETS) forcing businesses to comply. On Thursday, the regulatory shoe finally dropped.

“The ETS requires covered employers to develop, implement, and enforce a mandatory COVID-19 vaccination policy, with an exception for employers that instead establish, implement, and enforce a policy allowing employees who are not fully vaccinated to elect to undergo weekly COVID-19 testing and wear a face covering at the workplace,” the order reads. The implementation has been delayed until January 4, 2022.

OSHA will be conducting onsite workplace inspections in an attempt to enforce compliance. “Penalties for noncompliance can range from $13,653 per serious violation to $136,532 if a company willfully violates the rules,” CNBC reports.

All four members of the New Hampshire congressional delegation have publicly announced their support of the Biden administration’s mandate targeting private businesses. In September when Biden announced his plan, Rep. Chris Pappas told radio host Jack Heath he was on board. “I think these rules are sensible,” Pappas said.

Regarding the OSHA order, the attorneys general wrote: “Mr. President, your vaccination mandate represents not only a threat to individual liberty, but a public health disaster that will displace vulnerable workers and exacerbate a nationwide hospital staffing crisis, with severe consequences for all Americans.”

And Formella isn’t stopping there. “We will file a challenge to the new OSHA emergency temporary standard as early as tomorrow,” his office told NHJournal Thursday.

“The absurdity and the needlessly punitive nature of this mandate will generate more distrust in government,” said Drew Cline, president of the Josiah Bartlett Center for Public Policy. “The good news is that trust will rise when the Supreme Court strikes it down as unconstitutional.”

While the New Hampshire Retail Association declined to comment on the new order, The National Retail Federation’s Senior vice president for government relations David French issued a statement expressing concern about what it could mean to the upcoming holiday shopping season.

“Over the past 19 months, retailers across the country have taken extraordinary measures to keep their employees, customers, and communities safe during the COVID-19 pandemic. As part of these efforts, retailers have distributed, encouraged, incentivized, and, in some instances, mandated the vaccine. Since the president announced the vaccine mandate for private industry, the seven-day average number of cases in the United States has plummeted by more than half.

“Nevertheless, the Biden administration has chosen to declare an ’emergency’ and impose burdensome new requirements on retailers during the crucial holiday shopping season,” French said.”

All four members of New Hampshire’s federal delegation refused to respond to questions about the $136,000 fines that could face Granite State businesses.