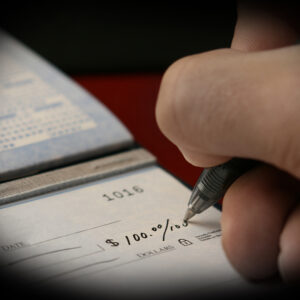 New Hampshire’s largest banking and business organizations say the new $10,000 threshold doesn’t solve the problems posed by the Biden administration’s new IRS reporting scheme. The proposal, which would require banks to report on any account with a total of more than $10,000 in activity within a year, is part of congressional Democrats’ plan to pay for the multi-trillion-dollar “Build Back Better” reconciliation package.

As NHJournal was first to report, the New Hampshire Banking Association announced its opposition to the original proposal in late September. That would have set the reporting threshold at $600 in total account activity per year. In response to a national backlash from average Americans and political attacks from the GOP, Democrats announced they will raise the threshold to $10,000. But they plan to keep the reporting scheme in place, hoping to raise an estimated $460 billion in additional collections from taxpayers over the next 10 years.

The NH Bankers Association stood up in opposition again on Monday. And this time, they brought friends.

In a letter signed by more than a dozen business and financial groups, New Hampshire community leaders called for the federal delegation to oppose the new version of the IRS monitoring plan.

“We are grateful for the broad array of organizations who are standing with New Hampshire’s banking industry in opposition to the proposed IRS reporting requirements,” said NH Bankers Association President Kristie Merrill. “This proposal infringes on fundamental privacy rights, does not achieve the desired result, and has the potential for unintended and serious negative consequences.”

The Granite State organizations who signed on the letter are:

In the letter, the organizations acknowledge Americans should pay the taxes they owe and that “this proposal is intended to ensure wealthy tax evaders are captured.”

“This overly intrusive proposal, however, would impact virtually every Granite Stater with a bank account and violate their fundamental privacy rights.”

The Biden proposal calls for spending another $80 billion on IRS auditors, technology and equipment. While all four members of the New Hampshire delegation have publicly pushed back on the $600 threshold, they have not rejected the policy of additional IRS scrutiny of private citizens’ bank accounts.

In a statement to the New Hampshire Bulletin last week, Rep. Chris Pappas (D) said he was “encouraged” by the movement of the proposal to the $10,000 threshold.

Sen. Maggie Hassan issued a similar statement through a spokesperson.

“Following pushback from Sen. Hassan and others, there is a growing consensus that this provision cannot be set at $600, and discussions continue on the specifics of the proposal.”

Republicans, on the other hand, have been far more direct.

“Just housing and groceries alone would exceed $10,000 a year for the average American,” said Pennsylvania moderate Sen. Pat Toomey (R), who serves with Hassan on the Senate Finance Committee. Toomey points out the information the IRS would get under this plan wouldn’t tell them anything about the source of the funds coming through Americans’ accounts. Is it income? Deductible expenses? Business revenue?

He says that is why he believes it’s just a first step in expanding IRS surveillance.

“This is just the precursor to much more invasive reporting,” Toomey told The Wall Street Journal over the weekend. “It’s a lead up to when the IRS says, ‘We don’t get enough information from these numbers, we’re going to need a granular breakdown on how we get to these numbers.’

Congressional Democrats are in a bind. Due to opposition within their own ranks, it appears they will not be able to raise income taxes, as progressives first proposed. Without those sources of revenue, Democrats need every dollar they can find to fund their expansion of social programs and green energy mandates. The left-wing Center for American Progress calls the policy a “critical component of Biden’s Build Back Better agenda.”

Granite State businesses aren’t on board.

“We believe this program infringes on fundamental privacy rights, is costly for all involved, does not achieve the desired result, impacts nearly all Granite Staters with a bank account, and has the potential for unintended and serious negative consequences. As organizations representing a broad cross-section of financial and business interests, we urge you to oppose any efforts to institute this new reporting regime.”