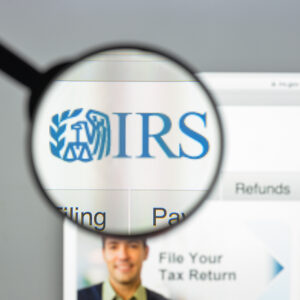 “As the chief legal officers of our states, we find this proposal wholly unacceptable and oppose any requirement of its kind. It is at best overly burdensome and at worst it is illegal. As such, we ask you to rescind this proposal immediately,” Formella and the other attorneys general wrote to President Joe Biden and Treasury Secretary Janet Yellen.

At issue is Biden’s plan to require all banks, credit unions, and financial institutions to report information to the IRS on every bank account that has a total of $600 per year in transactions. That proposal is meant to find and collect an additional $50 billion or so a year from U.S. taxpayers.

According to media reports, congressional Democrats already plan to raise the threshold above $600, though no firm number has been announced.

Formella and his colleagues say the proposal is an unconstitutional invasion of privacy.

“This proposal stands in direct opposition to privacy that Americans are entitled to and deserve,” the letter states. “The Federal Government combing through almost every American’s bank account without cause, or even suspicion, is unacceptable, illegal and contrary to the well-founded constitutional principles against illegal searches and seizures.”

They aren’t alone. The New Hampshire Banking Association’s Kristy Merrill told NHJournal, “We believe the proposed IRS reporting requirements are extremely expansive, will intrude into the lives of nearly every individual with a bank account, will be complicated and burdensome for the industry to implement, and will disproportionately burden our community banks.”

“This unprecedented federal government overreach would violate the privacy of almost every American family. I am writing to ask for your assistance in stopping this on behalf of all Granite Staters,” Sununu said in his letter.

Thus far they have declined to issue any public statements on the matter.

Since September 29, NHJournal has repeatedly asked the four members if they support the IRS proposal. There has been no comment.

Sununu called out the delegation for its silence on the issue during last week’s COVID-19 press conference. Unlike the four members of the delegation, none of whom have held an open press event in at least three years, Sununu has held more than 100 since the pandemic began, at which he’s taken questions on a wide range of political issues unrelated to COVID-19.

“I answer more questions about federal policies in my press conferences than the federal delegation does,” Sununu frequently jokes.

The IRS plan is complicating Democrats’ efforts to get their massive, $3.5 trillion Build Back Better spending package through Congress. Sununu, who is considering a run against Hassan next year, has gone out of his way to criticize the spending plan, which he calls “socialistic.”

“This $3.5 trillion is a bad idea,” Sununu said. “America knows this is a bad idea. This is a lot of socialistic government programs. And the fact that our own delegation won’t answer [questions about their support], that’s not a Chris Sununu issue, that’s a Granite Stater issue,” he said.