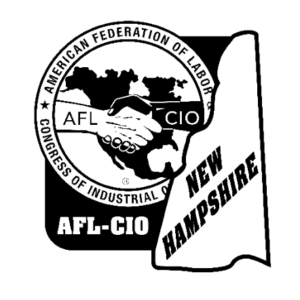 NH AFL-CIO To Hand Out PPE At House Session

Parroting a line from teachers unions across the country, New Hampshire’s AFL-CIO says remote accommodations must be made for vulnerable legislators until communities are sufficiently vaccinated. Meanwhile, AFL-CIO members have worked in riskier conditions the entire pandemic – and remote hasn’t been an option.

After a judge shot down a lawsuit from House Democrats attempting to force remote participation in the upcoming session, the union organization released a statement condemning the decision and announcing they are bringing PPE to the Wednesday session.

“Unfortunately, a federal judge ruled Monday that the House can proceed with in-person sessions this week without providing remote access to medically vulnerable lawmakers. We didn’t want it to come to this,” President Glenn Bracket of AFL-CIO NH said in a press release. “By not allowing these legislators to safely participate, they are essentially disenfranchising thousands of Granite Staters who voted for these representatives.”

“However, distributing personal protective equipment is the least we can do to keep our lawmakers safe.”

Last summer and fall, before vaccines were available, Democrat leaders in the House did not provide any such remote accessibility options for House members with heightened risks.

This week, the House has taken extreme measures to ensure safety amid the pandemic, including separate entrances, increased airflow and wide spaces for social distancing. It’s a far safer space than many Granite Staters work in every day, Republicans say. And that includes members of the unions represented by the AFL-CIO.

Many members of trade unions work indoors and in tighter quarters than the Sportsplex. In fact, the AFL-CIO has a joint agreement with the United Food and Commercial Workers International Union (UFCW), which represents grocery store employees.

So why aren’t union officials protesting grocery stores or handing out PPE at construction sites?

“AFL-CIO affiliates such as the UFCW and IBEW have been working tirelessly since the onset of the pandemic to provide PPE, hazard pay, and more for our essential workers,” a spokesperson for AFL-CIO told NHJournal.

“Where were these same people last year at the height of COVID-19, long before vaccines were even a thing or possible? Where were they when the house held a Democratic majority and had a Democrat speaker?” asked Cody Belanger, freshman Republican from Epping.

“Democrats and their political hacks are just looking to seize any opportunity to score political points. They’re almost as bad as the teachers unions.”