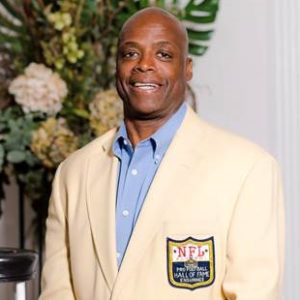 Darrell Green, a pro football Hall of Famer who was the world's fastest athlete in 1991, is taking part in a virtual summit on suicide prevention for teens on Friday. (Courtesy)
News

Teenagers throughout the state are being asked to take part in a virtual summit on suicide prevention Friday morning.

The hour-long program with the theme “You Are Not Alone” will stream on the Pro Football Hall of Fame’s Facebook page at 11 a.m. Included in the lineup are four members of the Hall of Fame, Gov. Chris Sununu, UNH Wildcat Alumni Ryan Day, advocates for families who have a loved one with mental illness and eight youth participants from throughout the Granite State.

Suicide is the second leading cause of death of people between the ages of 10 and 24 in New Hampshire.

Green is best known as a cornerback who player for the former Washington Redskins from 1983 to 2002. His on-field accomplishments include two Super Bowl victories and seven selections to the Pro Bowl.

But the death of his best friend, who hung himself shortly after Green was drafted, still causes him pain.

“I remember calling him and I remember him saying, ‘Mom said you made it,’ and the next day, basically, he was gone,” Green said.

Green said he and the other Pro Famers want to bring light to the issue and dispel the stigmas around suicide and mental illness. Over the course of the past few weeks, they have been involved in filming the portions of the program which will not be live.

Among the other participants are:

Megan Melanson is a manager of behavioral health at NH Healthy Families, as well as a licensed clinical mental health counselor. She is also participating in the virtual summit.

Melanson said COVID-19 has increased depression and anxiety in teens. With limited sports and extracurricular activities, many teenagers are suffering alone, she said.

Melanson said parents and adults who are influential in the lives of teenagers need to know the warning signs and talk to the kids they love before it is too late.

“The biggest advice I can give is to really put aside your own discomfort and that’s the basic thing when it comes to it,” Melanson said.

According to officials at the New Hampshire Department of Health and Human Services, the majority of violent deaths in the state are suicides.

It is estimated that for every homicide in New Hampshire, there are approximately 10 suicides.

To take part in the summit, teens can log onto www.facebook.com/ProFootballHOF.