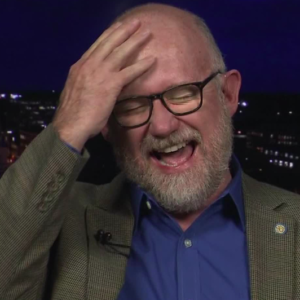 New RNC Ad Shows How Trump Can Win N.H. — and the White House

President Trump’s approval ratings are weak at best. Recent polls find most top-tier Democrats beating him in theoretical head-to-head match-ups, and about half of Americans say they want the U.S. Senate to remove him from office.

Under these circumstances, how can Donald Trump possibly get re-elected?  Like this:

This clip of Never Trumper Rick Wilson on CNN using a fake southern accent to mock Trump supporters as ignorant “rubes” too dumb to read a map (or anything else, for that matter) ricocheted across social media. Within 24 hours, the GOP had turned it into a campaign ad.

The Republican National Committee’s ad, “They Think You’re A Joke,” artfully blends the insulting arrogance of Wilson and CNN’s Don Lemon with previous “Kinsley Gaffe” moments from Democrats like Hillary Clinton, Pete Buttigieg and Joe Biden. (A “Kinsley Gaffe,” named after longtime D.C. journalist Michael Kinsley, is when a politician says out loud what he’s only supposed to think in private.)

The powerful ad reminds Trump voters why they rejected Democratic nominee Hillary Clinton in 2016, and tells likely Trump supporters what Democrats think of them today.

A single ad released before the Iowa caucuses isn’t going to win the November election, but it is a signpost of the potential path to victory for President Trump. It’s particularly relevant to states like Wisconsin and Michigan that Trump needs to hold; and states like New Hampshire and New Mexico he’s hoping to flip.

Take New Hampshire, for example. While Trump lost to Hillary Clinton by less than 1 percent of the vote, his approval rating since taking office has wavered between “bad” and “abysmal.” In Morning Consult’s state-by-state tracking, Trump has rarely broken 40 percent approval and is currently underwater by 19 points: 39 percent approve, 58 percent disapprove.

And yet 2020 Trump campaign manager Brad Parscale insists the Granite State is on their target list. And the audience impacted by this new ad may explain why.

On the one hand, New Hampshire has one of the highest per capita income levels and one of the best-educated populations in the country. Trump tends to do better with working-class voters without a college degree.

But as New Hampshire GOP state chairman Steve Stepanek will tell anyone who’ll listen, there are tens of thousands of New Hampshire residents who don’t have a college degree and work in blue-collar industries where Trump tends to do well. They are overwhelmingly white, they are disproportionately male, and they tend to live in small towns or rural areas.

More than 60 percent of New Hampshire residents don’t have a college degree, and the state ranks number 11 on the list of states with the most rural population. It’s also number 15 on the “most NASCAR fans” list, between Alabama and Georgia.

In other words, they’re exactly the people Don Lemon was cackling over with his #NeverTrump guests.

So, yes– there are enough of those voters in swing states to win another term for Trump. The challenge is identifying them and getting them out to vote. Which is precisely what Parscale is working on.

In an op-ed for Townhall.com entitled “Trump Rally Data Shows a Clear Winning Coalition in 2020,” he reports some of the data Team Trump has been gathering from its rallies:

“Out of more than 20,000 identified voters who came to a recent Trump rally in Milwaukee, Wisconsin, 57.9 percent did not have a history of voting for Republicans. Remarkably, 4,413 attendees didn’t even vote in the last election — a clear indication that President Trump is energizing Americans who were previously not engaged in politics,” Parscale wrote.

“Nearly 22 percent of identified supporters at President Trump’s rally in Toledo, Ohio, were Democrats, and another 21 percent were independents. An astounding 15 percent of identified voters who saw the president speak in Battle Creek, Michigan, has not voted in any of the last four elections.”

If Donald Trump can engage nonvoters and low-motivation voters and get their support, he’ll have more than enough votes to hold his Great Lakes states and pick up a few more.  And how do you get these people, who clearly aren’t passionate about politics, to show up on Election Day?