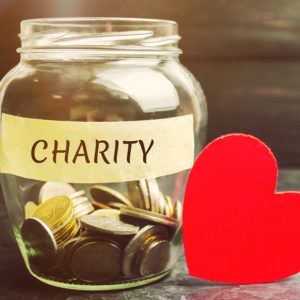 Forget the stereotype of flinty-hearted Granite Staters dismissing neighbors in need with a grunt of “Live Free or Die.” No other New England state has a higher percentage of its population donating time and money to charity than New Hampshire, according to a newly-released analysis.

New Hampshire residents rank third when it comes to the percentage of people who donate their time to charitable causes (behind the Mormons of Utah and the ‘Midwestern Nice’ crowd in Minnesota); and they’re tied for second with Illinois for the percentage who donate money.  (Utah ranks number one there, too.)

The data was compiled and released on Giving Tuesday 2019 by Wallethub, which also found New Hampshire ranked number 11 on the ‘Most Charitable State’ list, narrowly edged out by Maine for the number 10 spot. They are the only New England states near the top of the list.  The rest rank as follows:

One person who’s not surprised is Gov. Chris Sununu.

“Here in New Hampshire, we take great pride in our community and our neighbors,” Sununu tells NHJournal. “That’s especially true during the holiday season as we come together to lend a helping hand to those in need. Granite Staters understand that every bit helps – whether it’s a charitable donation or volunteering their time for a good cause – and are always there to make sure that no one is left behind.”

According to Wallethub analyst Jill Gonzales, several factors work together to give New Hampshire its high ranking, including “the state’s high volunteer retention rate — almost 72 percent. Another factor is the fact that credits are given towards graduation for community service. On top of that, almost half of the population donates time to charity organizations, and the state has the seventh-largest number of public charities per capita.”

Andrew Cline of the Josiah Bartlett Center, a New Hampshire-based free-market think tank, credits New Hampshire’s small-government culture for its high level of charity support. “New Hampshire is famous for its low taxes and limited government, but what people often miss is that there’s another side to that culture. Granite Staters have a strong sense of community and a culture of self reliance. People here prefer to rely on friends, family and community rather than government, and so it’s no surprise that we have high rates of giving and volunteerism.”