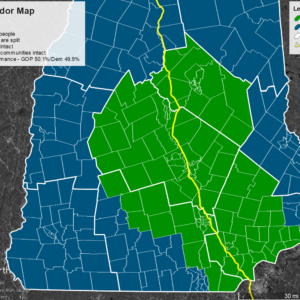 New Hampshire GOP state Rep. Ross Berry, Manchester, announced Monday he was offering a map to the House Redistricting Committee, one he said meets every Democratic Party demand: It keeps communities intact, it keeps population deviation near zero, and it creates a competitive First Congressional District.

One small sticking point: It also puts both U.S. Reps. Annie Kuster and Chris Pappas in the same district.

“At our committee meeting on 4/25/2022, I will bring forward an amendment to the proposed Congressional map,” Berry wrote to committee chair Rep. Barbara Griffin (R-Goffstown). “After listening to the concerns of the interested parties and the public, I will be proposing the attached district.” 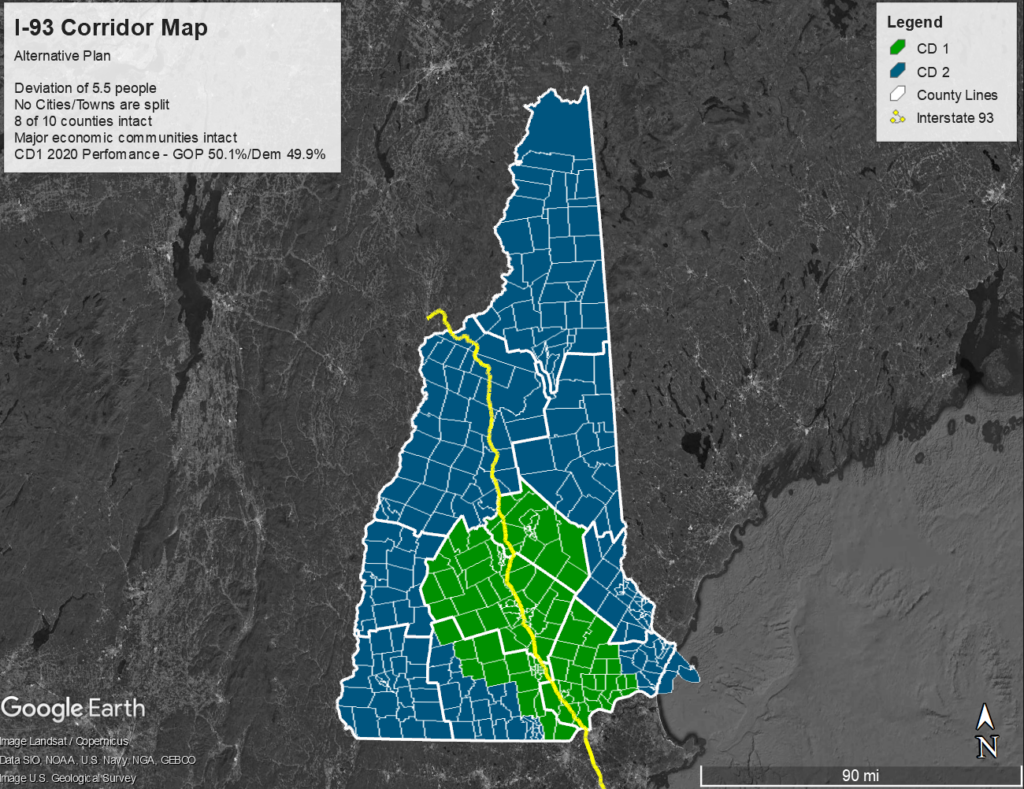 According to Berry, the two districts are “perfectly balanced,” both by population and bipartisanship. The population target for each district is 688,765.5. Under Ross’s proposed map, the First District’s population is 688,770 (+4.5 people) and the Second District is 688,759 (-5.5 people).

As for passing Gov. Chris Sununu’s now-infamous “smell test” for partisanship, “This map reduces the Republican advantage of the map previously passed by the House by 2-3 percent in District 1,” Ross said in his letter to the chair.

And, he notes, “President Trump would have carried the First District by just 50.05 percent in 2o20 … This puts District 1 in play for both parties.”

As for the Second District, Berry says in a two-district state, partisan politics is a “zero-sum game,” but the district is more competitive than the previous version passed by the legislature. 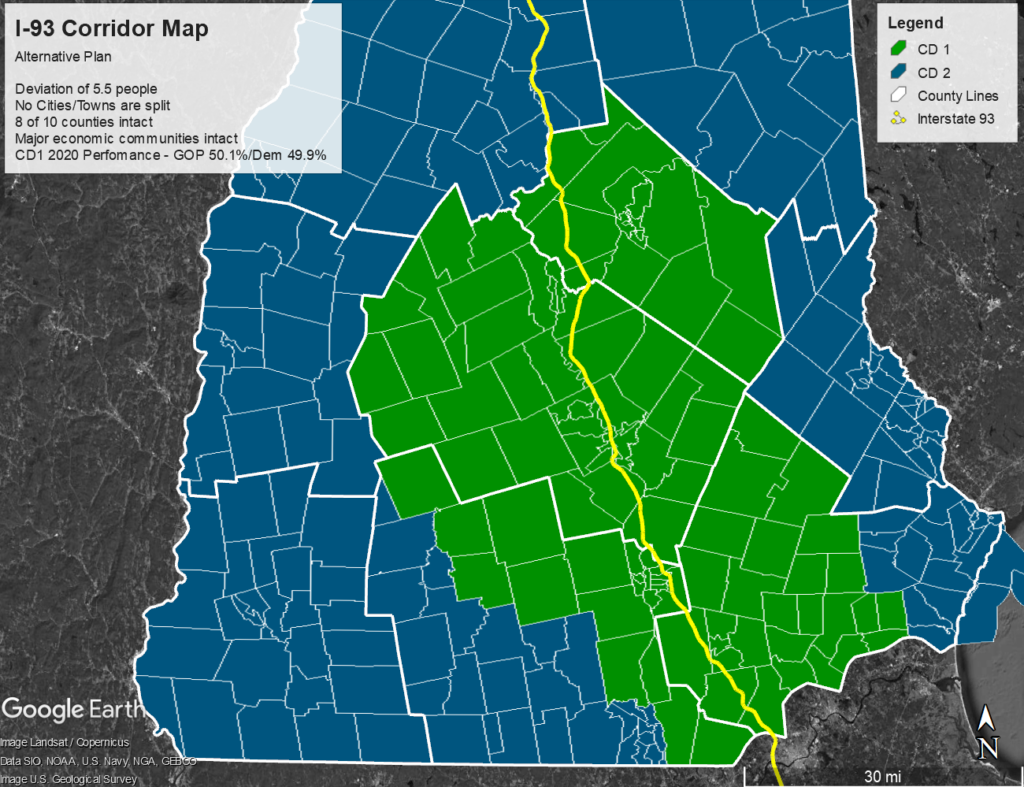 During last Friday’s testimony on the map proposed by Sununu — which was rejected by every member of the committee except progressive Democrat Rep. Tim Horrigan (D-Durham) — liberal activists like Liz Tentarelli from the League of Women Voters and Olivia Zink of Open Democracy Action told the committee they believed keeping counties, cities, and towns intact should be a priority. The new map only divides two counties and doesn’t break up a single city or town. That was far less than the Sununu map or the current map.

It also keeps the Seacoast intact, within the Second District.

And, Berry said, he highlighted the I-93 corridor to show his map keeps together the community of common economic interests as well.

“This map meets every goal stated by the governor, by Democrats on the committee, and by the interest groups who say they are committed to fair maps. It meets every benchmark,” Berry said.

In response to criticism about how the maps impact the incumbents and candidates, Berry notes candidates are not required to live in the district to run.

“My criteria are spelled out in my letter,” Berry said. “I did not factor in incumbents or candidates in my map. I do not draw maps around politicians.”

“The people of New Hampshire are counting on the House Special Committee on Redistricting to deliver a map that holds our incumbents accountable and keeps our districts competitive. We are still not there,” Sununu said in a statement.