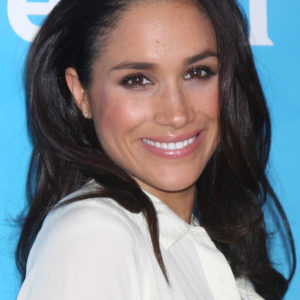 A new documentary airing on British TV reports that the future Mrs. Prince Harry has roots in New Hampshire–though it’s unlikely they’ll be touted by the Department of Tourism.

And possibly Jack the Ripper. 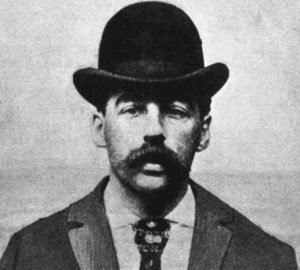 Mudgett was born to a rich Gilmanton family in May 1861. He taught school there for a short time before leaving town. He would eventually study medicine at the University of Michigan, change his name to Holmes and make his way to Chicago.  And then…

A con man, opportunist and evil genius, the crowning achievement of his dark deeds was the construction of a building later dubbed the Murder Castle: a hotel on Chicago’s south side that he engineered to be a factory of death, complete with a gas chamber, dissection room, trap doors and a basement furnace to destroy any trace of his sinister work.

The History Channel series American Ripper posits the theory that at one point Mudgett traveled to London and became–you guessed it–Jack the Ripper.

Markle’s eighth cousin, Jeff Mudgett,  is the source of this theory. “We did a study with the FBI and CIA and Scotland Yard regarding handwriting analysis,” It turns out [Mudgett] was Jack the Ripper. This means Meghan is related to Jack the Ripper.”

“I don’t think the Queen knows. I am not proud he is my ancestor. Meghan won’t be either,” Mudgett said.

It’s unlikely the folks of Gilmanton are going to be thrilled, either.