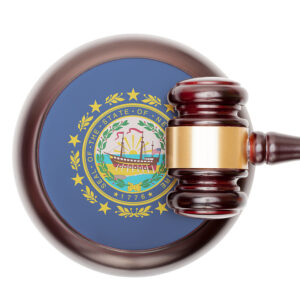 New Hampshire’s income tax complaint against Massachusetts could have financial repercussions beyond just helping its own taxpayers. More than a dozen other states that lose tax revenue to their neighbors are supporting the Granite State’s case now before the U.S. Supreme Court.

In their joint brief, the states of Connecticut, Hawaii, Iowa and New Jersey emphasized “that this issue is of nationwide importance; implicates billions of dollars in tax revenue for state treasuries; and will continue to be of great consequence in the future.”

The Empire State of course stands to lose the most — to the tune of more than $720 million in lost income tax revenue each year, according to Kroll.

This is all because a broad ruling in New Hampshire v. Massachusetts could potentially block New York — and six other states — from collecting some income taxes from out-of-state workers whose jobs are based within their borders. Kroll based its analysis on the assumption that out-of-state commuters will start working from home an average of 25 percent of the time.

Kroll noted the new work from home (WFH) dynamics created by the pandemic is “especially noteworthy in those states with major economic centers, like New York and Massachusetts,” and is leading to disagreements. “As WFH employees increase,” the analysis pointed out, “the revenue impact of taxing out-of-state WFH employees will become larger.”

At issue is the fact that seven states tax people based on where their job is located — even if they are residents in another state. This “convenience rule” was already in effect in Arkansas, Connecticut, Delaware, Nebraska, New York, and Pennsylvania before the pandemic. Massachusetts implemented its own version just this year.

That decision by Massachusetts largely targeted the approximately 103,000 residents of New Hampshire (which doesn’t tax wages) who pay Massachusetts income taxes. New Hampshire responded in the fall of 2020 by filing a complaint. Before deciding whether to take up the case, the Supreme Court in January asked the acting Solicitor General to provide a brief on behalf of the federal government.

Many observers believe if the court doesn’t decide the out-of-state taxation issue in this case, other states are likely to keep pressing the point.

“New Jersey and Connecticut could benefit tremendously if New Hampshire wins this case,” said Florida-based accountant Harvey Bezozi. He noted both states would no longer have to credit New York for taxes paid on income that their residents earn while working their New-York-based jobs from home. In fact, he added, “If New Hampshire loses the case, New Jersey and Connecticut have a better chance of winning due to the direct benefit received.”

But COVID-19 and the large-scale switch to working from home has challenged that notion. Nearly seven in 10 full-time workers in the U.S. worked from home during the pandemic — and the vast majority of them say they want to continue to do so when it’s over, according to the latest State of the Remote Workplace report.

States have made some accommodations for their taxpayers so they can avoid double taxation in 2020, but the issue needs to be settled going forward.

If the Supreme Court takes the case and issues a broad ruling, it would change the game for New York and a great number of states beyond the northeast.

Under the current scenario, someone “who spends her day working at home in New Hampshire could be required to pay Massachusetts taxes on her entire income, even though her Home State (where she spent the entire month) levies no such tax,” the joint brief by Connecticut and others said.

“Similar rules apply to the Iowa resident who regularly works from home for an employer in Omaha, the Oklahoma employees who work from home most days for a boss in Fayetteville, and the Connecticut and New Jersey residents who work most days from their Stamford or Jersey City apartments for a company based in Manhattan,” it continued. “That so many individuals across the country would be affected by the disposition of this case bolsters its importance—and thus confirms the urgency of exercising original jurisdiction.”

According to Kroll’s figures, a ruling favoring New Hampshire would likely affect more than $100 million in future income tax revenue from telecommuters. Nearly $30 million of that revenue could go to Connecticut coffers and $85 million could end up back in the pockets of New Hampshire taxpayers.

Liz Farmer is a fiscal policy expert and journalist. She wrote this for InsideSources.