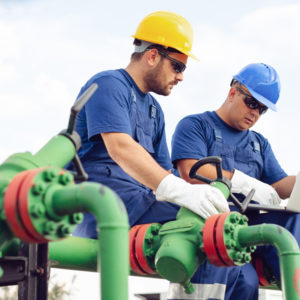 Increased access to cleaner-burning energy, 330 jobs, $440 million in economic investment and more than $850 million in savings for New Hampshire’s consumers — these are just some of the benefits of the proposed Granite Bridge natural gas pipeline project.

But despite these significant gains, opposition to the much-needed infrastructure project has now stretched to the ballot box. In a discouraging vote in Exeter on March 12th, residents approved a motion to ask town officials to express opposition to the pipeline.

Rather than focusing on the merits of Granite Bridge, many of the opponents’ disapproval appears to be rooted in ideological opposition to the use of fossil fuels. One recent letter urged readers to oppose the project “in order for more solar and wind energy to flourish.”

Unfortunately, that is not how supply and demand works.

Opposing the development of energy infrastructure will not reduce our state’s reliance on natural gas. Rather, infrastructure constraints will only drive up energy prices during cold spells and increase the use of alternative transport methods of truck and rail — both of which are less efficient and present significant environmental impacts and unique safety risks. Studies have proven that pipelines are the safest method of transporting natural gas.

Furthermore, opponents of Granite Bridge who claim environmentalism have also failed to acknowledge other inconvenient facts. For example, more than two-fifths of New Hampshire households rely on fuel oil as their primary heating fuel — the second-largest share of any state.

The International Energy Agency (IEA) recently reported global carbon emissions flattened in 2019. IEA credits this promising achievement to a sharp decline in emissions from the power sector in advanced economies — with the United States leading the world with the most significant decrease in emissions of any country. Despite widespread expectations of an increase for a third consecutive year, natural gas’ role in replacing coal-fired electricity generation was key to reducing emissions in the U.S.

Natural gas is part of the solution — not the problem.

In order to fuel the economy and meet our growing energy needs, New Hampshire — and the broader United States — must focus on an “all-of-the-above” energy strategy to best serve our families and businesses. Investing in a diverse energy portfolio that embraces renewable sources like wind and solar is important, but we can’t turn our back on natural gas.

It is time for policymakers, regulators and community members to welcome this critical investment in our state.