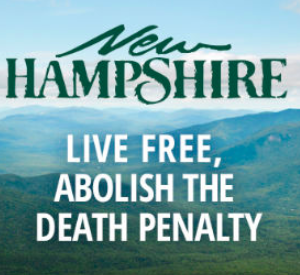 New Hampshire state lawmakers are not alone in re-evaluating the death penalty, especially those who are conservatives. In fact, they are a part of a national trend that has been growing for several years, a trend that has seen Republican state lawmakers rethinking capital punishment and sponsoring repeal measures. In 2019 alone, we have already seen six other states join New Hampshire with Republican-sponsored death penalty repeal bill. Those states are Wyoming, Kentucky, Montana, Missouri, Kansas and Washington.

There are many conservative reasons for ending New Hampshire’s death penalty. As someone who values a limited government above almost anything else, I cannot condone a system that allows a government to kill its own citizens. That’s as “big government” as it gets. On top of that, the death penalty brings huge fiscal and human impacts.

I want to ask you to contemplate the number of times innocent Americans have been caught in the system. Since 1973, more than 160-people have been set free from death rows across America because they were wrongfully convicted. While that might sound like a small number, it actually equates to one person exonerated for every ten executions in this country. Given all this, it is wildly apparent that this is a government program that is out of control.

There are many nationally known conservative leaders who agree with my position. Richard A. Viguerie, a close advisor to President Ronald Reagan, has been quoted as saying, “Conservatives have every reason to believe the death penalty system is no different from any politicized, costly, inefficient, bureaucratic, government-run operation, which we conservatives know are rife with injustice. But here the end result is the end of someone’s life. In other words, it’s a government system that kills people.”

People in New Hampshire know first hand how “politicized” the death penalty can be. No one has been executed in the Granite State since 1939, but year after year there are debates about the so-called “deterrent effect” of the death penalty. What we know is that the death penalty is not a deterrent, and in fact, the money wasted on these cherry-picked cases often mean that many other crimes go entirely unsolved.

The bill to repeal the death penalty would change the penalty for capital murder to life imprisonment without the possibility for parole. For those who are concerned that this move would cause inmates serving life sentences to start killing prison guards, there is actually no basis for this occurrence. No prison guard has ever been killed in the Granite State, this is because of effective procedures and training for handling this type of inmate. The fact is people serving life want a predictable and conflict-free experience, where privileges can build up over time, and where losing those privileges diminishes their quality of life.

Additionally, given the highly arbitrary nature of the death penalty, there is no evidence that those on death rows are any more violent than those serving life without parole. The notion that the death penalty is reserved for the worst of the worst is a myth, with a person’s geographic location being more of a determinant for the sentence than the nature of the crime. The next biggest determinants are a person’s ability to pay for a good defense, and the race and status of the victim.

Ending capital punishment will do nothing to lessen New Hampshire’s commitment to provide comfort and support to murder victims, and their families, or to protect citizens. The state will actually be able to redirect the cost savings to other measures that will help improve the lives and safety of New Hampshire residents.