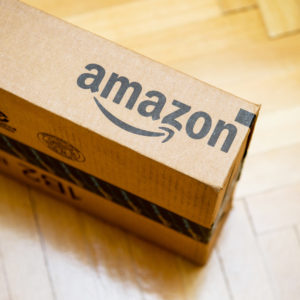 How Does New Hampshire’s Amazon HQ2 Bid Stack Up Against Others?

The six-week application period in which governments are bidding to host Amazon’s second corporate headquarters reached its deadline on Thursday, with New Hampshire submitting its proposal one day prior.

“As part of the regional metro-Boston area, southern New Hampshire offers all the benefits typically associated with major metro areas yet maintains the advantages of being in a truly enterprise-friendly state: access to a world-class workforce, a pro-business, low-tax environment, and a streamlined regulatory environment,” Sununu said. “By embracing a joint venture with the State of New Hampshire, Amazon stands to gain a partner that believes the customer comes first.”

Hundreds of cities across North America applied for Amazon’s HQ2, seen as one of the largest economic development opportunities in history. Amazon is planning a $5 billion investment to construct a campus on par with its headquarters in Seattle and has promised 50,000 new jobs.

The online retail giant has requirements and preferences to determine which city it will select, including a well-educated population, low cost of living, quality of life, a favorable business environment, and a transportation network providing access to a major city. Amazon said it will announce a winner in 2018.

New Hampshire views its tax environment, ranked the seventh most friendly by the U.S. Tax Foundation, as compatible with Amazon’s pursuit for a hospitable business environment. State officials said New Hampshire’s interstate highway expansion and regional airport are viable transportation options while boasting of an “unmatched quality of life.”

The bid’s subtitle, “All the Benefits of Boston Without All the Headaches,” drew the ire of Bay Staters after it was released. New Hampshire, however, emphasizes the proximity of Boston to southern New Hampshire frequently throughout the proposal. The state also said there are over 800,000 individuals between the ages of 21 and 34 who live between Manchester and Boston which would be available to Amazon as human capital.

The Boston Globe ran a front page pitch on in its Sunday commentary section to persuade Amazon CEO Jeff Bezos to select Boston. Amazon received applications from several other locations in New England beyond New Hampshire and Boston, including over a dozen municipalities in Massachusetts, Connecticut, and Rhode Island.

Some, however, do not want Amazon to select their state, citing an unfavorable business environment for the company. The California Business and Industrial Alliance, a Los Angeles-based trade association, took out a full page advertisement in USA Today on Thursday that read: “Dear Amazon: Our Weather Is Nice. Our Business Climate Is Not.”

Though New Hampshire’s bid compares and contrasts itself with Boston, the city is still seen by many as a front-runner to land HQ2. New England’s largest city was ranked by Moody’s Analytics as the ninth most likely destination for Amazon while Forbes ranked it within the top five.

Even people from Londonderry, the eighth largest city in New Hampshire with a population of just over 25,000, acknowledge it would be an unlikely choice for the online retail giant’s second headquarters.

Jordan Meehan is a politically active student at Suffolk University Law School who grew up in Londonderry and has discussed the Amazon proposal online since it was released. In an interview with NH Journal, Meehan said he was surprised New Hampshire chose Londonderry for its bid instead of Manchester, the state’s largest city which is only 10 minutes to the north.

“I’m not sure how serious the bid is on the whole,” Meehan said. “I think it might’ve been an attempt for the town and state to put its name out there and get some attention. I think so much of the bid is taking pot-shots at the city of Boston for no real reason.”

Londonderry does not fulfill Amazon’s requirement for a robust public transportation system, according to Meehan, who also disputed the bid’s suggestion that commuting to Boston could be accomplished in under an hour. He said Sununu’s support for developing a new commuter rail line, which he opposed during the last year’s gubernatorial election, was an “opportunistic” move to appeal to Amazon.

New Hampshire has historically struggled to retain young people in its labor force. Meehan said the state should maintain a focus on constructing a commuter rail line whether or not they secure HQ2.

Meehan, who currently lives in Boston, said it would make more sense as the site for Amazon to launch its second headquarters, despite the high cost of living. Boston’s proposed bid is located at Suffolk Downs in the eastern part of the city, which is out of the downtown urban center but still accessible by the Massachusetts Bay Transportation Authority Blue Line.

By Scott Kimbler on February 08, 2022
The Internal Revenue Service has abandoned plans to force taxpayers to a private facial-recognition system…
Read More
News

By Damien Fisher on September 23, 2021
Cyber scammers took the town of Peterborough for $2.3 million earlier this year and drove…
Read More