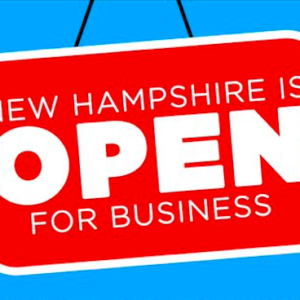 When it comes to the economy, New Hampshire really is the ‘Live Free or Die’ state.

That’s the finding of the Fraser Institute, a Canada-based think tank that promotes free markets and government reform, in their latest analysis of North America’s economies at the national and state level. Using ten variables in the areas of taxation, government spending and labor market freedom, the institute named New Hampshire, not just the most economically free state in the U.S., but the government jurisdiction with the highest level of economic liberty in all of North America.

In head-to-head comparisons among U.S. states, New Hampshire also tops the list, with Florida and Tennessee close behind.

Dean Stansel of Southern Methodist University and a senior research fellow at the Frasier Institute told NHJournal: “The Live Free or Die State once again returned to the top spot for economic freedom. In the last 23 years of our dataset, it has been first 13 times and second the other 10 years. The biggest driver of its high ranking is the lack of an income tax, but state and local governments in New Hampshire have also done a good job of keeping the level of spending relatively low.”

“New Hampshire has led the nation in streamlining government regulation to allow job-creators the opportunity to grow and expand,” Governor Chris Sununu said in a statement. “Our pro-jobs, pro-growth economic agenda is paying off for New Hampshire families, allowing them the freedom to spend their money as they see fit. The release of this study reaffirms that New Hampshire remains the best state in the nation to live, work, and raise a family – and we’re just getting started.”

The Fraser Institute is just the latest organization to rank New Hampshire among the highest-achieving U.S. states on economic and prosperity issues. Last month the Tax Foundation named the Granite State number six on its ‘State Business Climate Index,’ and the latest Kiplinger analysis rated New Hampshire one of the “Ten Most Tax-Friendly States in the U.S.”  The Granite State was alone among New England states to make the top of either list.

“New Hampshire’s low-tax, low-regulation culture has made us the most economically free place not just in the United States, but in North America. Economic freedom means economic opportunity for everyone,” Andrew Cline of the Josiah Bartlett Center told NHJournal.  “That’s the New Hampshire way. Politicians who want to turn us into a tiny version of Canada or New York would make us poorer, less happy, and less free.”

Sununu’s office is also quick to point out that New Hampshire is also “the most popular place in the Northeast for millennials to locate themselves.”  New England states have struggled to compete with Sunbelt states in population growth, losing three congressional seats since 1990 (two in Massachusetts and one in Connecticut) and likely to lose at least one more (Rhode Island) after the 2020 census.

With the state at full employment and businesses struggling to find workers, many in the business community see population growth as the most important factor in keeping New Hampshire at the top of the economic charts.