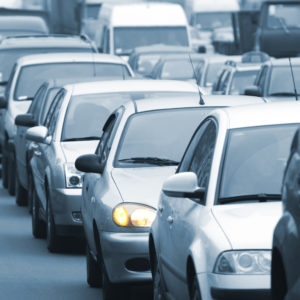 With nearly 30 percent of deadly crashes occurring during the busiest hours on the road, fatal accidents during commuting hours were more common in New Hampshire than any other state between 2012 and 2016.

And yes, that number is technically correct. So is it time for Granite State commuters to pull over and panic? Not quite.

While a disproportionate number of fatal accidents do happen during rush hour, the overall road safety record of New Hampshire drivers is pretty good.

The most accurate analysis is fatalities per miles driven. This is an “apples-to-apples” measurement that takes into account driver behavior. For example, it’s often reported that elderly drivers are in relatively few accidents. However, they also drive relatively few miles. When measured by per miles driven–how often they’re involved in accidents when they actually drive their cars–senior drivers are almost as dangerous as teenagers.

So how do New Hampshire drivers do when they’re behind the wheel? Pretty good: The Granite State ranks 18th among states with the lowest fatality rate per 100 million miles driven.

New Hampshire drivers are good to pedestrians, too. This is the 8th safest state for pedestrians, with a  per-capita fatality rate that’s about half the national average.

When measured on a per-capita basis, New Hampshire doesn’t fare quite as well. The Granite State ranks 34th in road deaths per 100,000 population.  Not great when compared with its over-achieving southern neighbor (Massachusetts is tied with Rhode Island and Wyoming for safest state per miles driven), but certainly not the deadliest state for commuters or drivers in general.

Bottom line: You’re probably going to make it home safe tonight. But if you do die in a fiery roadway inferno, it’s most likely to happen around 5pm.