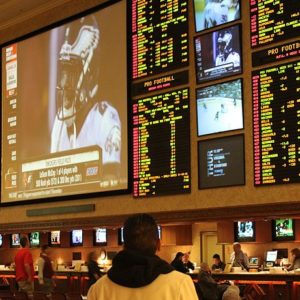 The New Hampshire legislature is contemplating HB 480 which would legalize sports betting in the Granite State.

Why shouldn’t we just legalize and regulate expanded gambling? After all, New Hampshire has had a lottery for years, generating revenue for the state. People are going to bet on sports anyway, so what’s the big deal? The state might as well regulate sports gambling and in the process, generate revenue. Why not take something that people are going to do anyway, and generate money for a “good cause” namely, the state education fund? Seems like the best possible solution, right?

Hold on. The debate here should not be about state revenue generation, or whether the money raised would help a good cause. The first and foremost question needs to be, “Does this harm people, especially families?”

Imagine if I told you I had a great plan to raise state revenue, perhaps for education, by mugging people and swiping their wallets. “It’s for the children!” I say. The only rational response would, of course, be “You’re out of your mind. You can’t mug people for a ‘good cause.’”

It’s misleading to begin a discussion of expanded gambling by looking at how much money we pocket or where the state intends to put the profits. That dodges the important question: Is large-scale, government-sponsored gambling harmful in the first place?

Cornerstone maintains that the answer is “yes.”

The simple concept of “gambling” isn’t the problem. Government-sponsored gambling driven by corporate interests is a problem. The profitability of large-scale gambling is reliant on addictive behaviors. Such a problematic thing should be limited by our government, not exploited by it.

Sports gambling, as envisioned in current legislation, is not just a friendly wager between friends over the next 18 holes of golf or a basketball game. By enabling large-scale gambling interests to operate in our state, we are ensuring that expanded gambling will impact everyone’s life.

Think about what gambling does. It takes an arbitrary chance event and assigns a monetary consequence to it. The only limit on participation is one’s own self-discipline and access to resources with which to gamble.

On a small private scale like a Friday night poker game, gambling will not generally rely on “problem gamblers” or have an extensive impact on social relationships. But large-scale gambling is different: its profits depend primarily on out-of-control addicted gamblers.  Large-scale gambling also allows for bookmakers (those running the betting business) to manipulate the system, and reap massive financial benefits while doing so.

New Hampshire’s current bill, HB 480, does not infringe on private wagers. Instead, it forces us to face squarely the question of whether the government should sponsor a type of gambling that will rely on addicted individuals who can’t stop losing their money in this way. The bill’s nod to “problem gaming” acknowledges an issue without truly fixing it – and why should it?  The profitability of the industry is based on exploiting this problem. Giving gambling profits to a good cause – for the children, no less – does not offset the problems associated with expanded gambling.

Saving is the road to wealth creation yet around 50% of the U.S. population has zero or negative net wealth. Furthermore, if we intend to capitalize on sports betting, why stop there?  Sure enough, a bill proposing New Hampshire casinos has been re-introduced. This is a critical issue because saving money is the direct opposite of commercialized gambling.