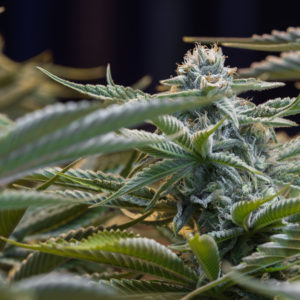 The commission tasked with studying the potential impacts of legalizing, regulating, and taxing marijuana in New Hampshire met for the first time Tuesday, beginning a review process on how the state may implement a commercialized cannabis market.

HB 215, which established the commission, was signed into law by Gov. Chris Sununu in July despite objections from pro-legalization advocates, who argued membership on the commission was mainly comprised of marijuana reform critics. The original version of the bill appointed representatives from the Marijuana Policy Project (MPP) and the New Hampshire Civil Liberties Union to sit on the commission. Both were dropped from the Senate’s version of the legislation, which Sununu signed the same day as the decriminalization bill.

Advocates were not reappointed to the commission but attended the commission’s first meeting in Concord. Typically, legislative study commissions last for a few months while this commission has until November of 2018 to offer a public recommendation.

Matt Simon, New England political director for the MPP, told NH Journal the meeting had a positive tone overall and represented a “hopeful beginning.” Simon issued a press release on Monday which raised concerns about the commission’s membership, which includes the New Hampshire Association of Police Chiefs and New Futures.

Simon said Rep. Patrick Abrami, R-Rockingham, chair of the commission, has long been reluctant to support marijuana reform but urged members to set aside personal biases to address the issue. A document circulated at the meeting said the commission aimed to be objective in its review of the facts regarding the impact legalization could have on New Hampshire. Despite the pledge for impartiality, Simon said he is not optimistic about what the commission’s recommendations will ultimately result in.

“I’m not confident in the recommendations that will be made by this commission. Even if many of them are convinced through the course of the commission, it’s hard to imagine some of them supporting this no matter what gets said,” Simon said. “I have low hopes for the recommendations–the ultimate conclusion of this–but I do think the process of separating fact from fiction and hearing directly from experts in states that have experience with this will be extremely helpful for everybody concerned.”

The commission is slated to receive testimony over Skype from experts in states like Colorado or Oregon on how they have regulated and taxed legal marijuana. Simon said other important figures to solicit information from would be ‘marijuana czars’ in states with commercialized cannabis to understand the approach they took to the issue.

The legalization push remains an “ongoing educational mission” for Simon, which he thinks will play a major role in next year’s elections. A recent University of New Hampshire poll found 68 percent of state residents support legalizing recreational marijuana and 24 percent are opposed.

Eight states have enacted laws legalizing and regulating marijuana for individuals over the age of 21, including Massachusetts and Maine, both neighboring New England states. New Hampshire decriminalized marijuana in September and legalized medical marijuana in 2013.

According to Simon, the commission has expressed opposition to HB 656, which would legalize and regulate the recreational use and sale of marijuana in the Granite State. He said the commission is emphasizing a thorough pace to its work, which would be interrupted by a decision to legalize marijuana. Given the current composition in the state legislature, the bill would likely pass the House in a floor vote but faces a doubtful fate in the Senate.

Kate Frey, vice president of advocacy at New Futures, is a member of the study commission. In an interview with NH Journal, Frey said the commission is aiming to take a deliberative approach based on scientific approaches to the issue of legalized marijuana.

“I think this provides the opportunity for an in-depth review on not only what’s going on in other states, but active participation from the public and other groups which may not be on the commission,” Frey said.

The commission is analyzing the consequences of legalization on a variety of topics, including addiction, the continuation of a marijuana black market, and how the product would be regulated by the state. She said personal safety issues such as driving while impaired and the THC concentration in edible products will earn the commission’s attention as well.

There are economic factors to legalization the commission must also consider going forward.

Frey said New Hampshire will look to how Colorado has addressed tax and banking issues, as well as the impact to tourism and businesses in other states. She also said the Granite State will have to address where retail marijuana stores are located, which have typically been in rural or minority communities in other states.

Frey said the next commission meeting will be held on Nov. 27 at 9 a.m.