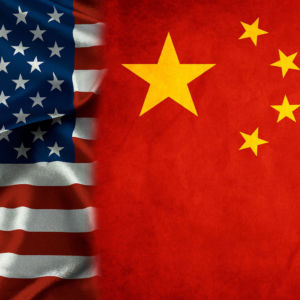 It is well understood that China poses the single greatest geopolitical threat to our national security and freedom for the next century.  Make no mistake about it: the aim of the Communist regime is to plant the red flag around the world. They are stamping out the spirit of freedom and replacing it with totalitarian control.  In fact, in 1999, two colonels in the Chinese Army published a book called ‘Unrestricted Warfare,’ in which they outlined China’s strategy to defeat America without firing a shot – based on economic, technological, and cyber warfare.

For more than thirty years, U.S. policy towards China has been guided by the belief that if we welcome China into the community of nations, the Chinese will gradually adopt generally accepted norms of cooperative international behavior.  Yet, just the opposite has occurred.  The Chinese Communists routinely engage in the theft of intellectual property, predatory economic practices and a massive program of espionage.  They have also been pursuing an aggressive military build-up, expanding their base of power throughout the South China Sea.

It is against this backdrop, that I was shocked to learn that we here in New Hampshire, along with millions of other Americans, have unwittingly been supporting their efforts.  Let me explain.

The New Hampshire Retirement System is actively investing in Chinese companies, recently totaling in excess of $14 million.  In addition, our Retirement System is also investing in index funds that include multiple Chinese companies, many of which are actively involved in surveillance as well as the development of military technology that can be used against United States.  For example, one portfolio company, Hikvision, has developed facial recognition technology and is responsible for the country’s domestic surveillance operation and beyond.

While investing in these companies is bad, what makes it even worse is that this is all happening on an uneven playing field.  Chinese companies are given a ‘pass.’  They are allowed to list on our financial exchanges and offer investment without being required to provide the same level of financial information, transparency and compliance as American companies.  In addition to this unfair financial advantage, these companies can (and quite often may) be hiding information about their activities that are directly adverse to our national security interests.

Do our New Hampshire state pensioners realize they are supporting Chinese state-run companies whose long-term goal is the demise of the United States? Is the System even aware that these companies do not have the same reporting and transparency standards as American companies?

We know that China is a bad actor when it comes to its state-run companies. Just recently, our friends in the United Kingdom banned Huawei from being a part of their infrastructure out of concerns that the Chinese Communist Party would be spying on their people. So why is New Hampshire, and by extension our citizens, propping up these ‘companies’ and this rogue nation?

Every election year New Hampshire is in the spotlight. We have a unique opportunity to send a message on the state level to our federal government.  And, more importantly, a strong statement to the corrupt Chinese Communist leadership.  Let’s lead the charge and divest these Chinese companies and funds from our State Retirement System, unless or until they are forced to play by the same rules as American companies.  Let’s stand up for America!