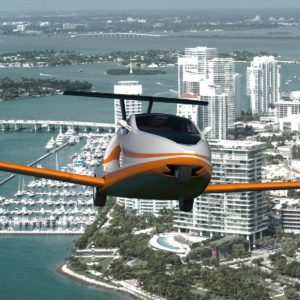 Are you ready to “drive” the friendly skies? If so, then take the first exit to the Granite State.

The law was crafted in cooperation with flying carmakers Samson Sky, Terrafugia and PAL-V, who provided lawmakers with expertise about the roadable aircraft industry.

The flying cars would still have to take off and land from an airport or airstrip, but the new law allows them to be driven there and back on public roads.

The idea of a flying car isn’t new. In 1841, more than 60 years before the Wright Brothers took flight, William Samuel Henson and John Stringfellow patented an “aerial steam carriage,” and Glen Curtiss unveiled his Autoplane at the 1917 Pan-American Aeronautical Exposition. But the “Jetson” dream of Americans rolling out of their garage and taking flight has yet to be realized.

New Hampshire’s law is currently the gold standard for how flying cars will operate in the future, according to Sam Bousfield, CEO of  Sampson Sky, maker of the Switchblade, “a three wheel, street legal vehicle that you drive from your garage to a nearby local airport,” according to the company’s website. 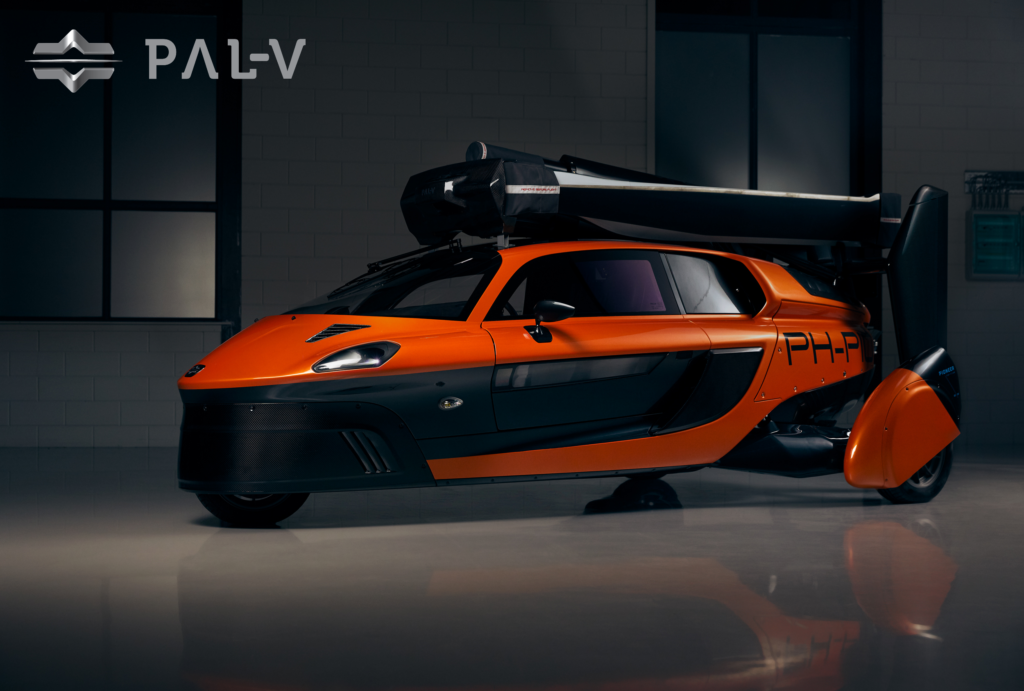 “I think it was a great collaboration between the government and private industry to be able to bring something together that works for both to make a new, safe transportation vehicle,” Bousfield told InsideSources.

The first flying cars are expected to be available to the public in late 2021, or early 2022.

According to Paul Bream, executive director of the Pease Development Authority — which oversees two airports where opportunities exist for New Hampshire’s flying cars — the timing couldn’t be better.

“I think it’s great that New Hampshire is setting up the legislation to allow these vehicles to be operated in the state,” Bream told InsideSources. “And it’s one less hurdle that a potential developer or manufacturer would have to go through,” allowing them to be prepared to operate in other states as well.

“Currently the Portsmouth airport has aeronautical land that — under FAA policy — would be approved to assemble or test or operate businesses associated with this type of activity,” Bream said. “All in all, the airport has 143 aeronautical developable acres.”

In the case of the Switchblade, the airport capacity is particularly important, because the flying cars can be partly assembled by the buyer from molded parts, which also makes Sampson Sky’s vehicle cheaper than the others. According to Bousfield, the price for a Switchblade would be $155,000.

Kevin Colburn is vice president and general manager of Terrafugia, maker of the “Transition” (“Transition from drive to fly!”).  His company leases a facility in Nashua, N.H., “that we use for testing and expect to use in the future for customer deliveries and service, as well,” Colburn told InsideSources.

“One of the things that we got some good attention on is the fact that we are introducing historical automotive safety standards, for the…aircraft, and most of them don’t have most of these features.”

“We are bringing a new level of safety to these aircraft,” Colburn added. 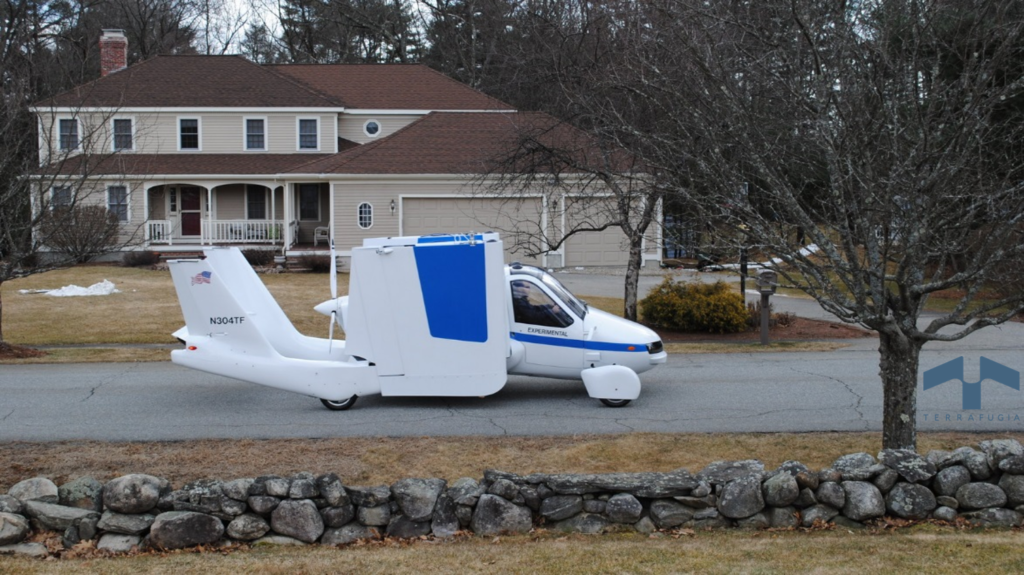 Former N.H. State Rep. Keith Ammon, a distributor for Dutch-owned flying car maker PAL-V, says the company is “establishing operations in the U.S. in various locations,” including Chicago, Florida and the West Coast.

Ammon spurred the N.H. Legislature to consider the bill on flying cars.

PAL-V stands for Personal Air and Land Vehicle and its flying car — the Liberty— will be released with a limited edition of 90 units worldwide, called the “Liberty Pioneer,” which will cost around $600,000, Ammon said. There is also the “Liberty Sport” that will sell for approximately $400,000.

PAL-V’s flying cars are gyroplanes, “which is a form of simplified helicopter,” he said. It requires shorter landing and takeoff distances than an airplane, but still requires a landing strip. One advantage is the rotor acts as a parachute in case the dual engines both fail.

Ammon said prototypes are being road and flight tested in the Netherlands and “it’s going to be rolled out in Europe first.”