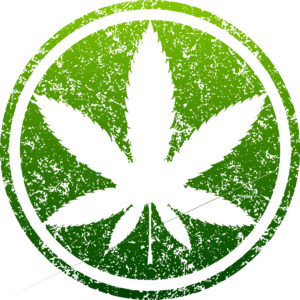 New Hampshire lawmakers are taking a deliberate approach to a bill seeking to legalize and regulate marijuana, holding two additional hearings to discuss amendments before a full committee vote next month.

The General Court’s Criminal Justice and Public Safety subcommittee work session met again Wednesday afternoon to discuss HB 656. The bill would legalize the recreational use and regulate the sale of marijuana for Granite Staters over the age of 21.

Welch said he doubts HB 656 will be passed as it is currently written and intended his amendment to serve as a backup bill that could replace the legislation if it was defeated in a floor vote. His amendment includes most elements of 656 as well as a carve out to classify hemp as an industrial product instead of a controlled substance, which was a provision of HB 151. The General Court passed HB 151 in the spring before the Senate retained the bill, but Welch hopes his amendment can advance to a successful floor vote.

Legalization supporters on the subcommittee aim on pushing comprehensive legislation through the upper chamber, which has historically been more hesitant to support pro-cannabis reforms. The General Court, however, has passed legislation supporting decriminalization every year since 2008 while the Senate rebuked such efforts until 2015.

Achieving legalization may rely on strategic legislative processes to divide the bill and vote on certain aspects rather than one bill as a whole. Lawmakers remain open to exploring the potential for divisible legislation on the carve out for industrial hemp if a floor vote on HB 656 is defeated. The subcommittee, however, indicated the option to divide the bill would not be implemented until after the first floor vote.

Despite their constant presence and open work with lawmakers, there is noticeable resistance to pushing ahead with legalization so quickly after decriminalization.

An editorial from the New Hampshire Union Leader on Tuesday urged subcommittee members to reject HB 656. The editorial said the decriminalization bill was passed and signed into law as a “good faith compromise” on the issue of cannabis reform. The newspaper urged lawmakers to take their time and abide by “incrementalism” on the topic of legalization before voting on the measure.

Rep. Glen Aldrich, R-Gilford, the sponsor of HB 656, told NH Journal Granite Staters should not have to wait any longer to secure the benefits of states which have already legalized recreational marijuana. Aldrich said the problems Colorado experienced during its roll-out of a commercialized marijuana market have been addressed while the state’s real estate and tourism markets continue to boom.

He said the subcommittee seemed receptive to HB 656 but did not understand why there were additional amendments, saying his bill already covered the proposed changes. According to Aldrich, important aspects to maintain in the final version of the legalization bill are provisions directing 70 percent of revenue to county property tax relief and 30 percent to fund drug-prevention programs for children. He said he has an additional amendment to address property tax relief which he plans to introduce on the floor.

“I think it’s a win-win,” Aldrich said. “We could help families with property tax relief, which in my opinion is much needed, and put [law enforcement] where we need them. I just can’t see how we can lose.”