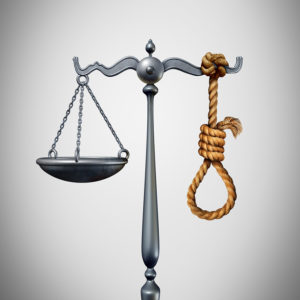 There are few policy issues Republican lawmakers have done such an about-face on as the death penalty. In 2000, it was virtually unheard of for a member of the GOP to sponsor a death penalty repeal bill—fewer than a handful. By 2013 those numbers had more than doubled. Jump to 2016 and ten times as many Republicans introduced repeal legislation than in 2000.

These Republicans aren’t just sticking their necks out in moderate states either – 67 percent of those bills were carried in red states. And in 2019, the trend continued with 11 states considering Republican-backed bills that would rid their states of capital punishment thus far.

Upon first glance, this shift in policy surprises many. Look a little closer and this shift actually makes a lot of sense. At the base of conservatism is a belief in limited government, fiscal responsibility, and the protection of the sanctity of human life. The death penalty fails in all three categories. As more people become aware of the flaws within our justice system, they are turning their backs on what is clearly becoming a relic of the past.

Even in states that use the system infrequently, like New Hampshire, those costs continue to stack up year after year. Operating a death row, ensuring public defenders maintain their eligibility for capital cases, and carrying out trials that don’t result in death penalty verdicts is all costly. Considering that new death sentences are down nationally 60 percent since 2000, and that 70 percent of a death penalty’s costs stem from the trial, it also becomes more financially risky to even consider new cases.

Spending millions upon millions of dollars each year on a few cherry-picked death penalty cases while allowing the majority of crimes to go completely unsolved is not tough on crime. We must quit valuing murder victims differently, and instead structure our system as one that actually makes our communities safer and provides justice for all.

On two separate occasions this year, I have sat in committee meetings in New Hampshire where dozens of victims’ family members stood and asked state lawmakers to do away with this antiquated system that has failed to provide them with healing, caused ongoing trauma, and dragged them through the courts for decades. They were joined by death row exonerees (of which there is now one for every ten executions), members of law enforcement, former prosecutors, former attorneys general, judges, and religious leaders from across the spectrum of denominations. It’s past time we listened to the chorus of voices sounding the alarm on the multiple ways this system is broken and failing.

Conservatives know that the government is fallible and prone to human error. This is why we are so adamant in our support for a limited government. The justice system is marked by issues of innocence, bias, and, at times, corruption. It may not be possible to ever rid the system entirely of these problems, though we should continue to try. It is, however, absolutely certain that we should not allow this system to determine matters of life and death.

This month, New Hampshire Republicans have an opportunity to continue to lead on this issue and to take a stand for their values. We owe it to all the people who have had years wrongfully stolen from them by this system, to the victims’ families who have suffered needlessly at its hands, and to the victims who are still awaiting justice.