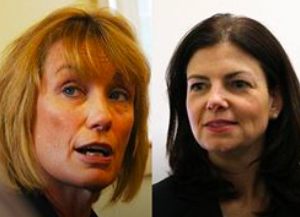 New Hampshire’s standing as a bulwark of bipartisanship slipped significantly in the wake of the replacement of moderate Republican Senator Kelly Ayotte with a thus far more partisan member, Sen. Maggie Hassan.

The newest Lugar Center -McCourt School Bipartisan Index measuring bipartisanship in Congress has been released. Their analysis of the first year of the 115thCongress finds that, while Sen. Ayotte was the 12thmost bipartisan US Senator in the previous Congress, Sen. Hassan currently ranks 71st in reaching across the partisan aisle among the Senate’s 100 members.

“It’s one of the most dramatic shifts we’ve seen, no doubt,”Dan Diller, Director of Policy at the Lugar Center, told NHJournal.com.

The Lugar Center bases its analysis on sponsorship and co-sponsorship of legislation. The more bills a member co-sponsors that were proposed by members of the other party—or the more often a member gets bipartisan support for his own legislation—the higher a member’s ranking goes.

The same for Democratic Rep. Anne Kuster. Her standing fell from the 64thmost bipartisan member of the House (out of 435 members) to 83rd—despite having the same leadership in Congress for both parties.

The decline of bipartisanship in New Hampshire reflects Congress as a whole according to former Sen. Richard Lugar, one of the founders of the Lugar Center. “Our 2017 Bipartisan Index rankings show that both Houses of Congress remain below average for the fifth straight Congress when measured against the historic baseline,” Lugar said.

In comments to NHJournal.com, Lugar added: “New Hampshire’s representatives in Congress have demonstrated strong bipartisanship in the past. And while in 2017 the overall bipartisanship scores of the New Hampshire delegation declined significantly, there is still time to improve before the end of the 115th Congress.”

When it comes to bipartisanship, Maine Republican Susan Collins has been at the top of the US Senate list for three Congresses in a row. Before that, Colins came in second—to fellow Maine Republican Olympia Snowe.