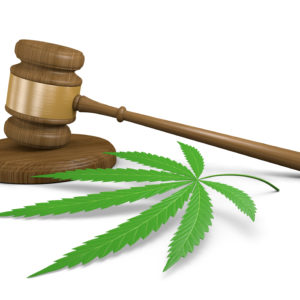 New Hampshire officially decriminalized possession of small amounts of marijuana over the weekend, becoming the last state in New England to do so.

HB 640 was proposed by Rep. Robert “Renny” Cushing, D-Hampton, during the last legislative session and signed into law by Republican Gov. Chris Sununu on July 18. The legislation, which decriminalizes possession of up to three-quarters of an ounce of marijuana, went into effect on Sept. 16.

Possession was formerly a misdemeanor, carrying a penalty of up to one year in prison and a fine of up to $2,000. Now, those charged with possession face a civil violation, and a $100 fine for the first two offenses, a $300 fine for a third offense within three years of the first. A fourth offense could be charged as a class B misdemeanor, but there would be no arrest or possibility of jail time.

Matt Simon, the New England Political Director of the Marijuana Policy Project, applauded Sununu and both houses of the legislature for passing decriminalization legislation.

“There is no good reason to continue arresting and prosecuting people for marijuana possession,” Simon said in a press statement. “Marijuana is objectively less harmful than alcohol, and Granite Staters are ready to see it treated that way. A very strong majority of state residents support ending marijuana prohibition altogether.”

Pro-marijuana advocates are now aiming to secure full legalization in New Hampshire as the recreational use of marijuana will take effect in both Maine and Massachusetts in 2018.

Chief Andrew Shagoury, President of the New Hampshire Association of Chiefs of Police, released a letter last week reminding Granite Staters the recent decriminalization of marijuana did not mean recreational use was legalized. According to Shagoury, marijuana is still recognized as an illegal substance and decriminalization addressed how law enforcement would handle charging individuals caught in possession.

“A person will still be charged but not arrested under most but not all circumstances,” Shagoury wrote. “A couple of ways that an arrest could occur is if they don’t identify themselves; possess over the allowed personal use amount of marijuana, hashish, or regulated marijuana-infused product; or possess a product that is not covered in the new definition of marijuana that applies only to this law.”

The legislation includes a carve-out for “regulated marijuana-infused products” such as edibles, waxes or dabs, however people must keep them sealed in original, child-proof packaging.

Shagoury wrote that age can factor into how charges are handled, explaining if an individual between 18 and 21-years-old possesses a marijuana-infused product, it is a misdemeanor. He also explained that individuals under 18-years-old cited for possession can expect to receive a delinquency petition filed in family court.

In an interview with NH Journal, Kate Frey, vice president of advocacy at New Futures, said the organization changed its approach during the last legislative session from opposing decriminalization to working on ensuring prevention methods would be included in the final bill.

In addition to the changes listed by Shagoury, individuals under 18-years-old cited for possession are required to undergo a substance abuse risk assessment with a licensed alcohol and drug counselor. Frey said this allows counselors to identify how frequently a person is using marijuana and determine if it represents a disorder requiring additional help or just experimentation on the part of young people.

Frey said individuals between 18 and 21 years-old can waive a fine in favor of undergoing the assessment. The fines issued by police officers are directed to the Governor’s Commission on Alcohol and Drug Abuse Prevention, Treatment and Recovery as well as other prevention programs.

According to Frey, several legislators and prevention partners became more comfortable with HB 640 after preventative methods were included.

“Historically, our board and partners in prevention have been opposed to this because the term ‘decriminalization’ starts to normalize marijuana and chip away at the perception of harm, so now the perception of harm is very low,” Frey said. “I think once people saw there were prevention principles in there, they were more comfortable with the legislation and the step in this direction.”

Frey said the inspiration for including preventative measures came from discussions with advocates, analyzing evidence-based science on effective methods and coordinating with Smart Approaches to Marijuana (SAM). She said SAM emphasizes sensible approaches to marijuana reform based on civil penalties tied in with risk assessments rather than criminal penalties.

According to Frey, other states have already reached out to see how the prevention model in New Hampshire can be adopted.