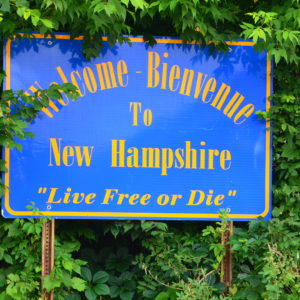 Who’s Responsible for NH Being Named 2nd Best State in US?

It’s official. New Hampshire is ranked the 2nd best state in the country. Well, according to U.S. News & World Report, which released Tuesday the findings of its “Best State” rankings.

To some, the rankings are looked at as a symbol of the progress the Granite State has made. For others, it’s seen as a waste of time and not reflective of what’s actually going on in the state.

That’s true, at least, for Louisiana, which came in last place, and whose governor told The Boston Globe that the list used statistics and indicators from before his term. A spokesman for Gov. John Bel Edwards, a Democrat who took office in 2016 after years with Republicans in charge, said the ranking system could be helpful in guiding public policy, but it “lacks critical information.”

New Hampshire’s southern neighbor, Massachusetts, took the title as “best state” and state officials, on both sides of the aisle applauded the news.

Regardless if states agree with the rankings or not, it’s true that they do shape the public policy discussion and highlight issue areas where the state could improve.

Even Gov. Chris Sununu told reporters that the number 2 ranking “helps immensely” as he works to court new businesses from out-of-state.

“Though we have much work to do to ensure that our state continues to grow and thrive, this announcement is something that Granite Staters can be particularly proud of today,” he said in a press release. “It will also serve as useful information to those considering moving their home or business to New Hampshire.”

The survey was conducted by evaluating states across 68 metrics and tens of thousands of data points provided by McKinsey & Company’s Leading States Index. The seven different categories — healthcare, education, infrastructure, crime and corrections, opportunity, economy, and government — were weighted based on a national “citizen experience” survey asking people to prioritize each area in their state and their levels of satisfaction with government services. The combined ranking in each category determined a state’s order.

For New Hampshire, the state ranked 4th in healthcare, 3rd in education, 12th in infrastructure, 13th in crime and corrections, 1st in opportunity, 13th in economy, and 30th in government.

As with any good news in the state, the second place ranking quickly became a battle over who should get credit for it. Can Sununu, who has been in office for only two months, tout it on his resume? Should former Democratic Gov. Maggie Hassan receive the praise? Or how about the Republican-controlled Legislature which passes the bills and laws impacting these rankings?

“Thanks to Senator Maggie Hassan’s steady leadership in the Governor’s office over the last four years, New Hampshire has been recognized as the number one state in the nation for economic opportunity and the number two-ranked state overall,” Buckley said in a statement.

“As Governor, Senator Hassan worked across party lines to balance two fiscally responsible budgets that protected critical economic priorities for our people and to pass and reauthorize our Medicaid expansion program that has strengthened the health and financial security of more than 50,000 hard-working Granite Staters,” he added. “She also froze in-state tuition at our universities and reduced tuition at community colleges, and cut taxes for our small businesses that are the backbone of our economy.”

@Maggie_Hassan made this happen. In Concord, we must first do no harm to a thriving NH economy. @NHDems #nhpolitics https://t.co/IUtDmI2qYn

However, others said it doesn’t matter who is responsible for the high ranking. It should be on what the state needs to do in order to improve, said Greg Moore, state director for the New Hampshire chapter of the Americans for Prosperity.

For example, even where the state received high rankings, there are still some troubling statistics within those numbers. New Hampshire ranked 3rd for education. It came in first place for “Pre-K to 12” education, for its strong test scores and college readiness. Yet, it came in 39th for higher education due to high college costs and amount of student debt at graduation.

Sununu admitted to the high cost of tuition for the public university system. In his budget that he revealed in February, he didn’t increase funding for it either, but he revealed a plan that he believes will help solve the problem.

“I’ve put forth a plan for a $5 million scholarship program in the state, not to help 10 or 20 or 100 students, but over 8,000 students, [who] can really grab on to these funds and not just use them for our university system, but they can use it for community colleges, career schools, private schools,” he told NH1 News. “Whatever pathway they think will best provide them the tools to enter the workforce. We’re making those changes today and again I think we’ll see a lot of growth in those rankings as we move forward.”

Moore also said the state should focus on the business tax rate as a way to stimulate economic growth and encourage businesses to expand to New Hampshire. In the rankings, New Hampshire ranked near the bottom for GDP growth (32nd place). He pointed to the fact that the Granite State has a higher business profits tax rate (8.2 percent) than Massachusetts (8 percent). He is supportive of further reducing that rate.

“It certainly is fair to point out that that legislative leaders pushed for the tax cuts strongly, and that then-Gov. Hassan vetoed the budget over them, but thankfully we were able to make them a reality,” he told NH Journal. “If we want to be more competitive than Massachusetts, we need to continue to expand on the successful business tax relief efforts we’ve had to this point.”

By looking at the low rankings in the different categories for New Hampshire, lawmakers can figure out what they need to discuss to take the title of “Best State” away from the Bay State.

Although, New Hampshire is already technically the “Best State” since Massachusetts is a Commonwealth…if you want to be technical.

As a Mass ex-pat, I would point out that MA is not a state, it is a commonwealth, for what it's worth. Thus, NH best state. #nhpolitics https://t.co/uBKICQ4xVW